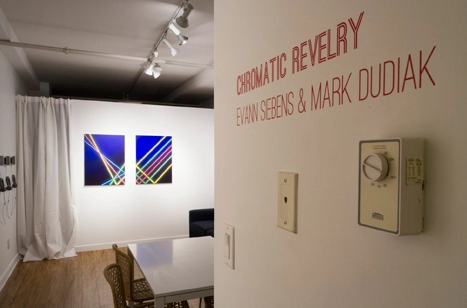 Life and Art One and the Same

LIFE AND ART ONE AND THE SAME
beatrouteab, Beatroute, 2014

Vancouver is no stranger to embracing the concept of DIY. In a city equipped with a transient population, an abundance of red tape and dauntingly high rent, people tend to come up with their own creative solutions to make culture happen. Intimidating? Perhaps.

However, this particular type of challenge leaves room for innovation and for the unexpected to capture the city’s attention, especially when it comes to art. Recently, Wil Aballe Art Projects has established itself as one of the notable forces of self-starting innovation in Vancouver.

“This all began because many galleries showing younger artists were shutting down, including a few of my favourite galleries,” Aballe tells me from his apartment and gallery. Wil Aballe Art Projects (WAAP) is a commercial gallery founded by engineer and art collector Wil Aballe. It operates out of his apartment in Mount Pleasant’s Artiste building. “I found the work I was seeing in young artists’ studios was often better than work I was seeing at shows,” he further elaborates. “It’s a weird disconnect simply because there aren’t enough places to show for artists.”

To combat this disconnect, Aballe made the move from art collector to gallery proprietor in January 2013. Since then, he’s established a vision for WAAP that favours the unconventional. “I tend to gravitate towards work that’s a little bit unusual,” he explains. “I want to show Vancouver art that isn’t necessarily in dialogue with other art here, but is very strong. In Vancouver, the work we see tends to riff on contemporary art history; there is a lot of self-referential work. I don’t feel like I have to play by that set of rules, so I just want to show work that I think is good.”

Even if Aballe isn’t keen on the unspoken set of rules and regulations that underline a lot of art in Vancouver, he hasn’t suffered for it. In fact, he’s been applauded pretty much across the board for the quality of his programming. The calibre of work he shows is consistently high—so much so that in October of last year, he landed a booth at Art Toronto. “I want to help the artists I show gain a reputation and build a collector base…part of the strategy of doing that is getting involved in art fairs,” he elaborates. “I feel lucky to be able to lend a hand to somebody’s young career and want the artist to get noticed by doing shows at WAAP.”

Apart from maintaining a strong support system for the artists he shows, another primary mandate of WAAP is having people embrace the idea of living with art. “The best way to get someone to understand how wonderful it is to live with art is to actually prompt them to live with it,” he explains. To accomplish this, one half of the projects WAAP leads are editions sold at the gallery and online at http://www.waapart.com. These have been instrumental in helping Aballe reach his goal of coaxing the public into living with art: for example, last year’s editions by Aurel Schmidt sold out—the majority gone even before the press release had gone out. “It’s very rewarding to participate in visual culture where you’re not just looking but you’re active and spending time with the work by living it,” Aballe comments.

Wil Aballe is a man of his word: he exemplifies this statement by combining his living and gallery space—and planning to keep it that way. “My strange, semi-private gallery space has turned out to be an advantage,” he tells me. “When difficult work is presented in a domestic setting and not just in a gallery, it’s easier for people to visualize how one might live with work. And this apartment is a very forgiving space.” However, WAAP expands outside of the walls of Aballe’s loft, too. Recently, Aballe curated a show at Leo Koo Gallery by Joseph Staples, and in the future, Aballe will be working with a different space to show a 20 ft. sculpture.

Considering the success Wil Aballe has already had in the past year, it isn’t hard to imagine WAAP expanding outside of Aballe’s apartment walls sometime soon. So for now, embrace the unconventional and see WAAP for yourself. After all, Wil Aballe makes a pretty good case for living with art.

By Polina Bachlakova, presented by The Cheaper Show, an annual art show committed to showcasing emerging artists and affordable art.