Ryan Quast’s paintings look like sculptures, and are created by building up the paint layer by layer, sometimes over the greater part of 10 years, one thin brushstroke layer at a time. As such, they are in dialogue with many of the prominent emerging painters in Vancouver in the last decade who employed similar techniques in creating their materiality-inflected abstract works, many of whom have shown at WAAP.

However, Quast’s paintings further concern themselves with the issue of representation. In another way, they are reminiscent of Liz Magor, Roula Partheniou and the Swiss duo, Fischli and Weiss’ sculptural works, which deal specifically with how objects are perceived. They at first look real, but then reveal themselves to be facsimiles. Quast’s objects have the tactility of paint, and so, seem to hold together as “real” when the surface texture matches the object mimicked and reveals itself to be a copy when the surface texture gives away the illusion.

Quast’s process is an act of formation, working on multiple painting objects at once. He gets up in the morning and works his way through all the works in progress to apply a new wet brushstroke on each piece until completing the cycle. Sometimes, in the case of a painting of a cigarette, it takes only several months, while larger objects take much longer, 8 years or so. In a way, Quast’s work aligns with another much explored idea in Vancouver painting – that of painting as labour. Quast emphasizes this thematic exploration through some of his choices of represented objects: plungers, dustpans, garbage bags and detritus are all the part of the vocabulary of his daily life as a caretaker. The art reveals the relationship of maker to object, as well as the aesthetic of work and labour.

Quast was featured in a recent Magenta Magazine by Bill Clarke. 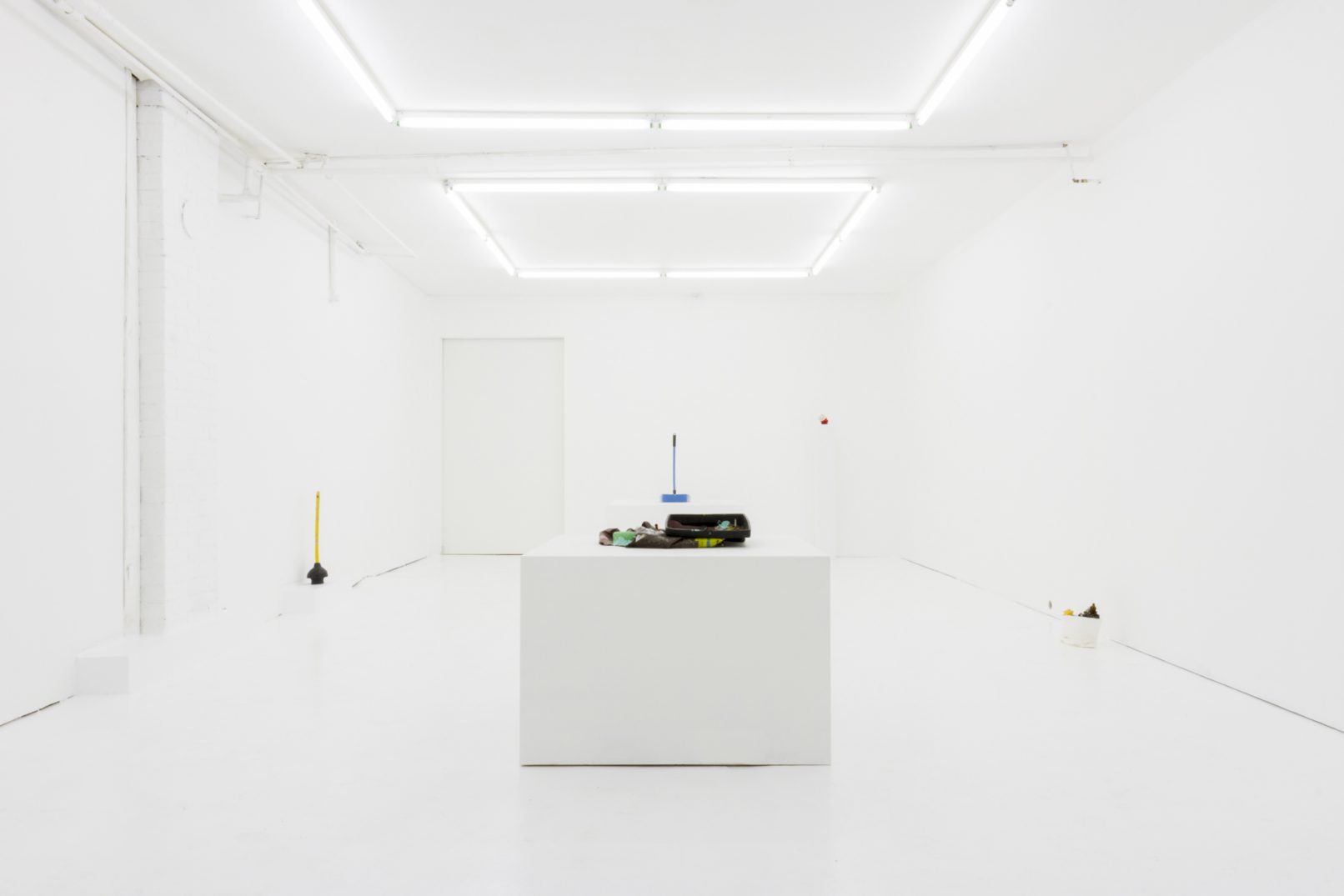 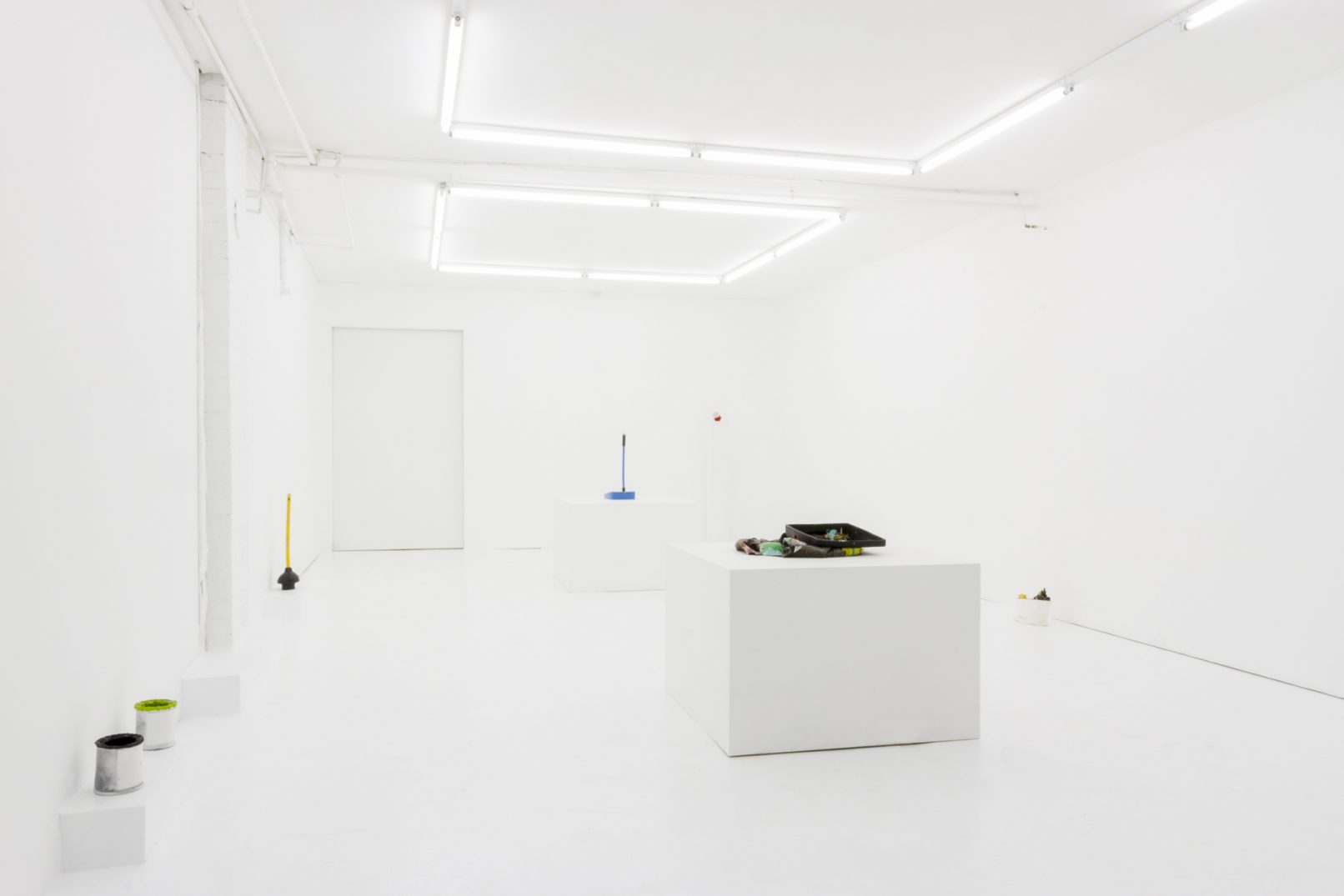 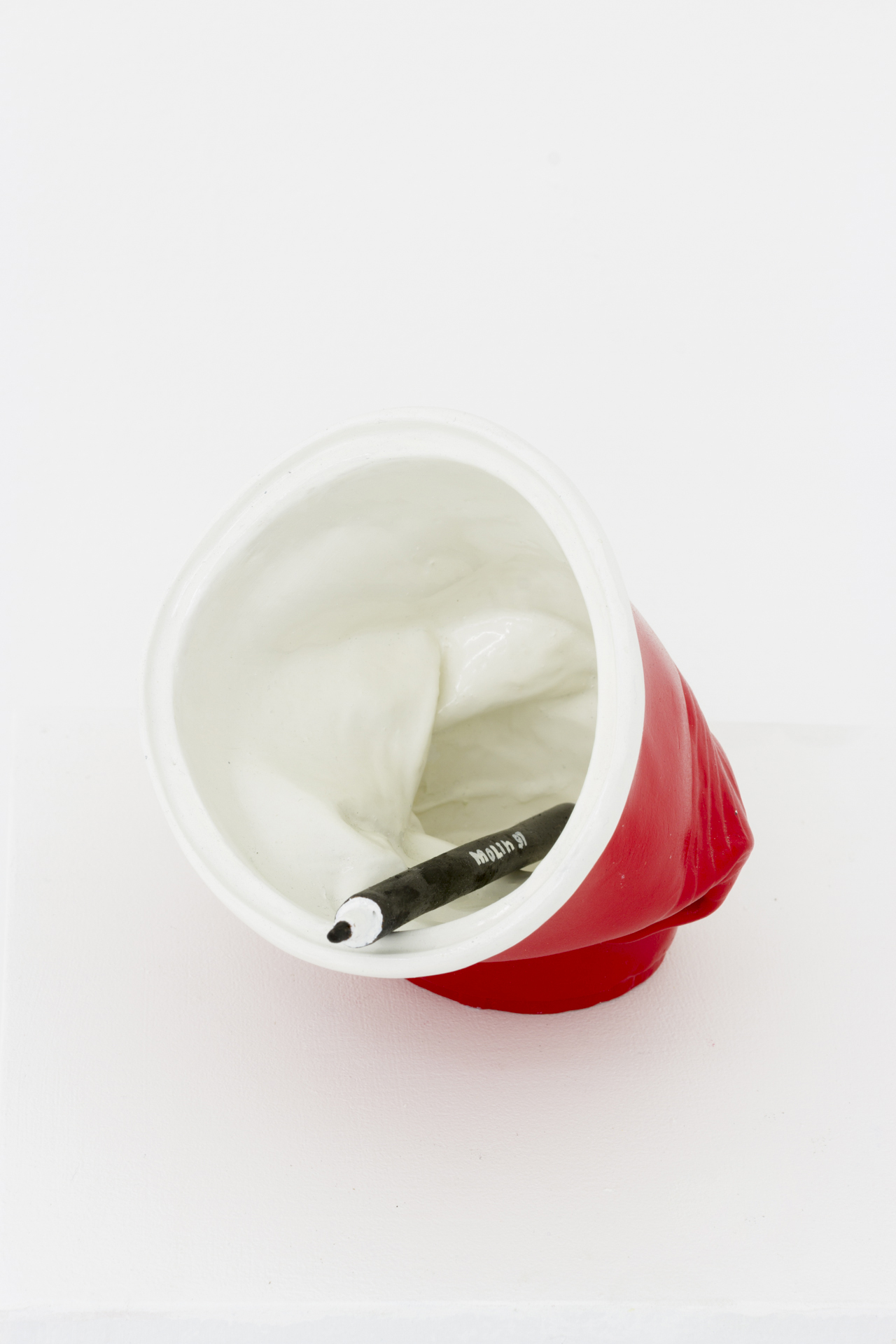 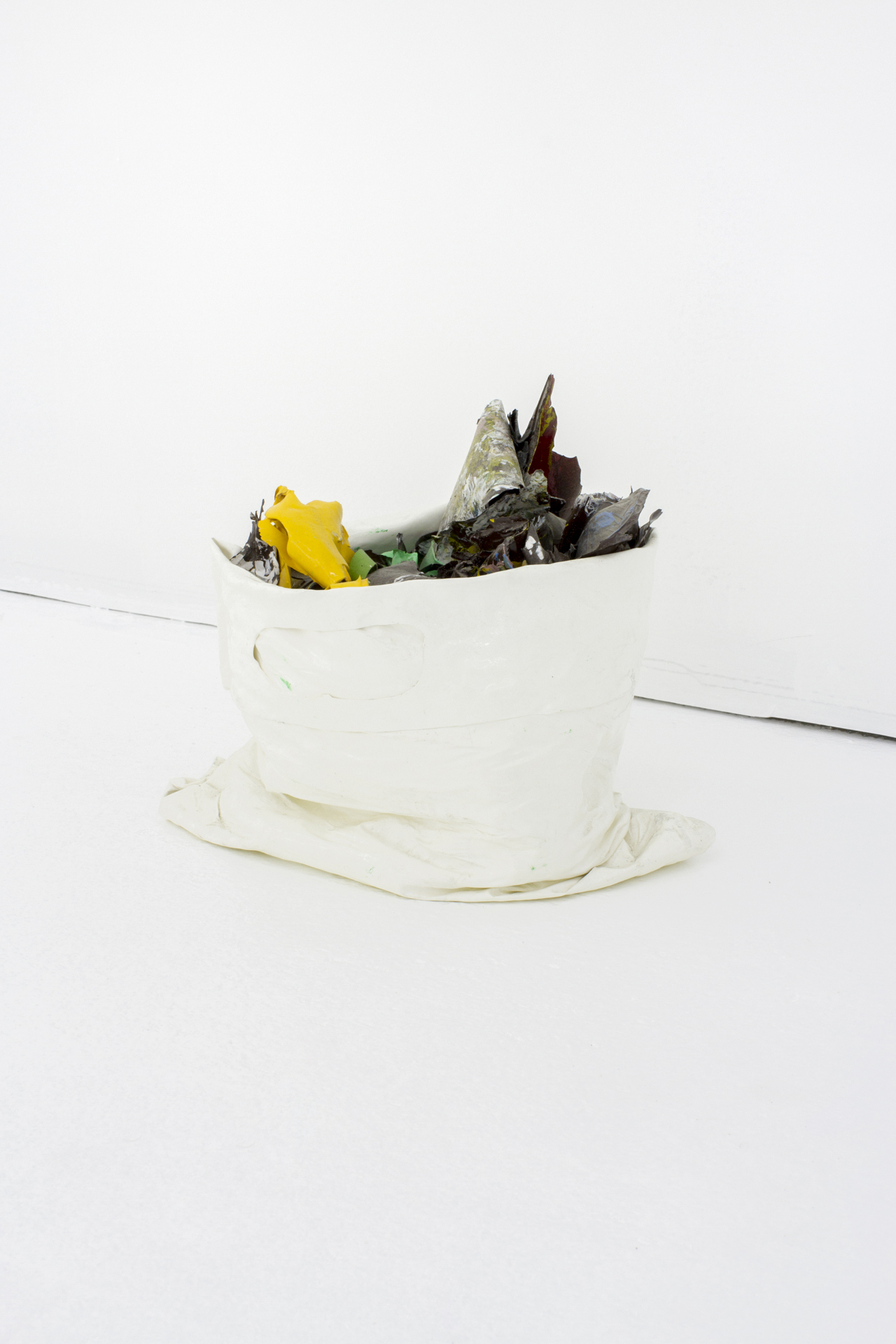