What is real about photorealism?

Before the virus I started working with photoreal rendering software, creating digital models of artworks and using them to generate images. Initially catalyzed by practical concerns (how does one make art given limited resources?), this shift in practice has raised some pressing questions about the nature of artistic representation. Most importantly, perhaps, is the question of how an artwork’s symbolic and material qualities interrelate. What is real about photorealism? How do spatial and material arrangements produce meaning when they are increasingly metaphorical? In Worldwide Cobweb, the work attends to the symbolic qualities of banal materials like cleaning chemicals, cop cars, and receipt paper, despite their physical absence. Perhaps their ubiquity is pronounced by their displacement, or maybe virtually recreating these materials upsets a readymade relationship to the real—I will try and work through these complications below.

First, we can think about realism as a matter of selection and exclusion. Only so much can be represented in a given narrative or artwork—only so many chains of cause and effect can be accounted for—and so a kind of value system motivates decisions around what to include and what to leave aside. These values determine the legibility of a given aspect of reality, whereas that which is outside of a worldview is illegible as being part of the world. Every artwork therefore manifests its own value system by affirming which aspects of reality require attention.

The Russian Formalists argued that reality is represented in two ways: through corroboration or antagonism. In the former, realism is achieved by doubling down on naturalized methods of representation, using genre conventions to affirm our expectations of how reality should appear. Because corroborative realism begins with the understanding that representations are not real but merely realistic, its primary concern is believability. Is this depiction plausible? Could this really happen? For photorealism, the foremost preoccupation is the faithful reproduction of camera mechanics and the interaction of light on surfaces—other elements of the scene can be manipulated at will without apparent loss of realism. Corroborative representations are limited to that which is already recognizable as realistic. All else is excluded in order to service the overarching narrative.

Or reality can be represented by antagonizing these tropes, upsetting conventional aesthetics and the shortcut symbols they produce. In this mode, realism is achieved with attention to “unimportant details,” deferring connotative associations and allowing what is real to be seen for what is rather than what is expected. Even if reality is inaccessible without these translations that bring the abstract world to us, antagonistic realism attempts to remove symbolism from reality and present it in the raw. This is the defamiliarizing technique (ostranenie) favoured by the Formalists as they focused on superfluous details, shifting value toward the waste-elements of a given narrative in order to distort dominant understandings of cause–effect in storytelling. In so doing, the reader is forced to slow down and see anew without normative codings. By becoming strange, the world of the representation better reflects the abstract world at large.

Along these lines, we might note that the coronavirus antagonizes dominant narratives by drawing attention to the repressed details of capitalist society: essential workers are deemed expendable, unemployment precludes healthcare, and policy orients itself toward corporatism (simultaneously revealing the so-called rational market’s inoperability without state subsidies). These plot holes increasingly detract from the coherence of the overall narrative, and necessitate a different set of symbols to make sense of widespread corruption and exploitation.

Corroborative and antagonistic realisms work together to depict the real, and the status of both is in constant flux. What is conventional in a given moment may be the site of an existential interrogation in the next. Neither tactic changes reality—how things “really are” are no less real for lack of logic or morality—but corroborative and antagonistic forms of representation certainly affect how we perceive reality and therefore how we conceive of our agency within it. Without antagonism, ideological fantasy is confused for actuality. And lacking convention, antagonistic realism depicts an irrelevant if not unidentifiable world. Realism reflects reality by working with or without certain details: importance is assigned through emphasis. What changes is not reality itself, but the value systems that mediate the real. It is important to distinguish these two currents of realism because, in some instances, the only available form of emancipation may be the capacity to imagine, to think differently from what we are given and to make oneself a stranger to the self-told narratives of the ruling class.

The exhibition Worldwide Cobweb attempts to invert corroborative and antagonistic elements of the capitalist worldview by working with recurring but repressed materials, technes, and verbs. These repressions take the form of waste, or that which is deemed unvaluable and unimportant through the lens of profitability. It is important to me that the work affirms wastefulness as a precondition for a way of life outside the domineering logic of profit.

Some work comprises flexible LED curtains—transportable video screens used at concerts and trade fairs. When unfolded inside smaller venues, the illusion of light-as-image falters. The pixels are too big and too far apart for the symbolic content to come into focus. Even the individual diodes of each pixel are discernible: the process of production is laid bare. Try zooming in—see how quickly the illusion falls apart. It is cursed by its details. Zoom out, and again the images outshine their screens. They are infrared thermographs of undercover cop cars, engines glowing from use. Invisible by design, the vehicles’ illegibility is circumvented through attention to otherwise repressed details: an unseemly antenna, a dash-mounted laptop, a fading heat signature.

In other works, canvas is folded upon itself. Bleach is poured over the visible surface and left to seep through the stacked layers. Vinegar is added—but quickly. Its acidity neutralizes the bleach while further stripping colour from the canvas. These corrosions are evident as an orange–pink stain, accentuated by the yellow vinegar. The unintended waste-product of this colouration is toxic chlorine gas. It’s one of the cheapest poisons you can make. The canvas is marked by a reductive process, partially returning it to a raw state. Again, the screen provides its own image and minor details become defining features.

Similar reductive processes are used to produce receipts and track purchases. Receipt paper does not require the addition of ink, instead a print head heats the paper, melting microscopic matrices and releasing embedded dye to form an image. The irreversibility of heat tracks with the irreversibility of commerce: profit flows in a single direction. Here, blowtorches are applied to the paper to produce an imprecise image—an index not of commerce but of waste.

Finally there is the documentation itself. By working with photoreal rendering software to depict these works, both corroborative and antagonistic realisms come into play. Photorealism, by nature, is invisible: shader nodes and physics simulations are used to corroborate expected aspects of reality, giving virtual geometry the appearance of real surfaces. Even camera mechanics are reproduced to mimic a familiar (but no less mediated) mode of representation. But here, in an artistic context, the distinction between rendering and photography plays an important role in highlighting the symbolic attributes of the depicted materials. They may be displaced, not “really” here, but their digital recreation elides a readymade approach where art objects are asked to index their circumstances in a self-evident manner. As the Formalists argue, self-evidence merely corroborates ruling value systems through the reliance on convention. Photorealism may flirt with fiction, but ultimately it necessitates fidelity to the minor components of reality, the overlooked elements that nonetheless produce things as they appear to be. Realism in the form of rendering enables alien objects (and the values that elicited them) to read as possible. By attending to these elements rather than taking them for granted, we produce a reality that is less entrenched in conventional metaphors. A self-conscious photorealism shifts the lens of value toward that which is otherwise wasted and repressed. 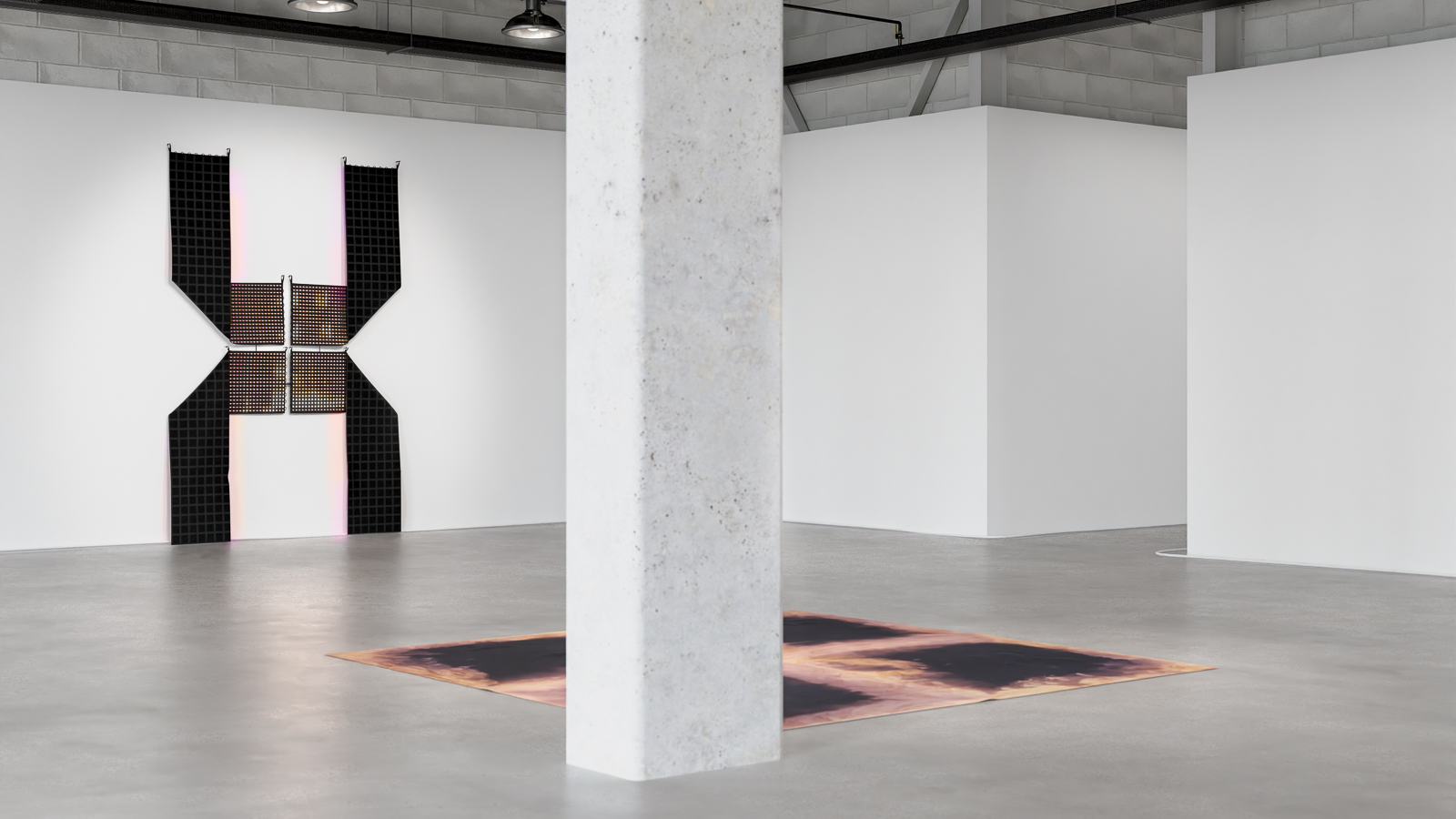 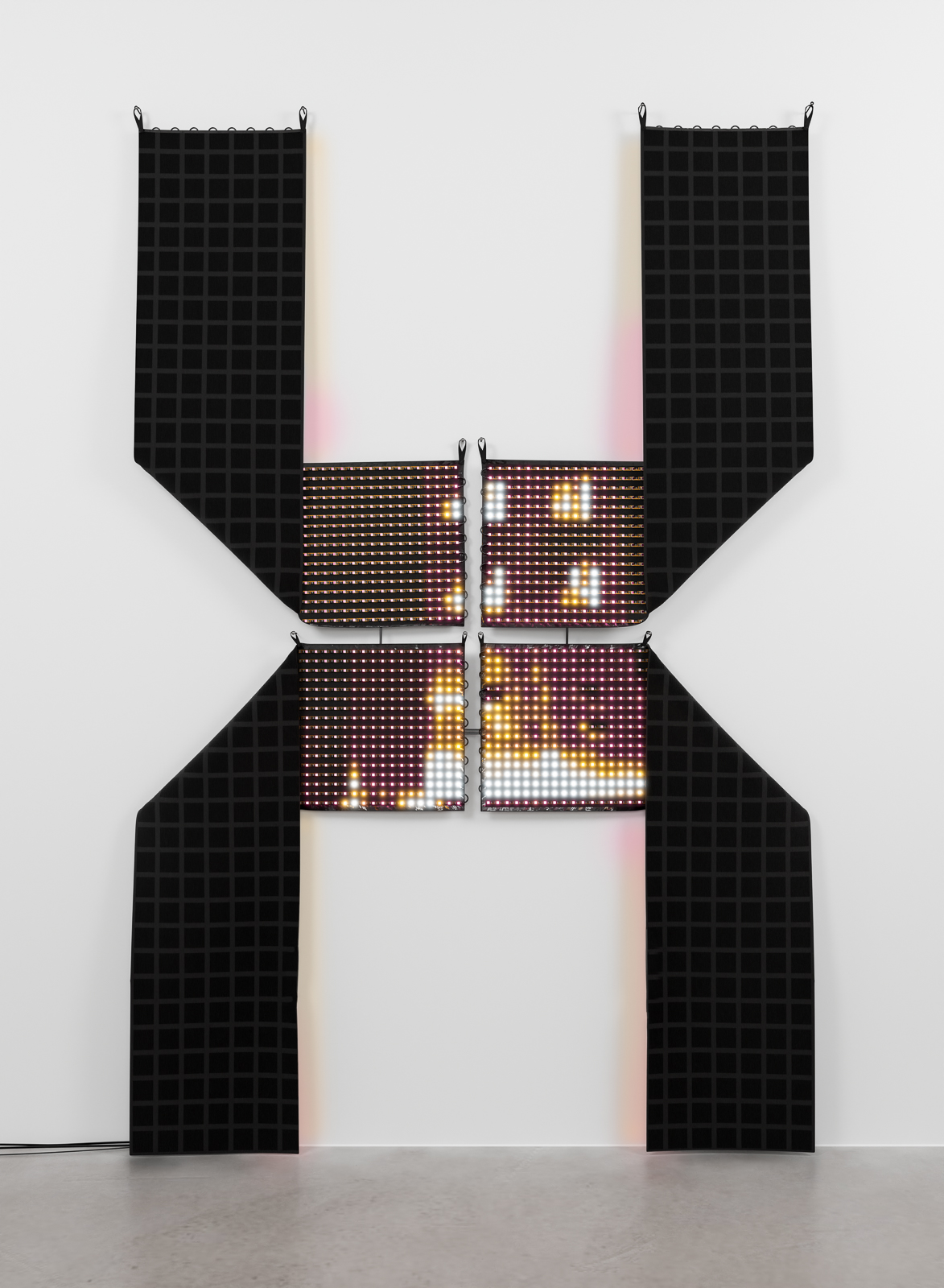 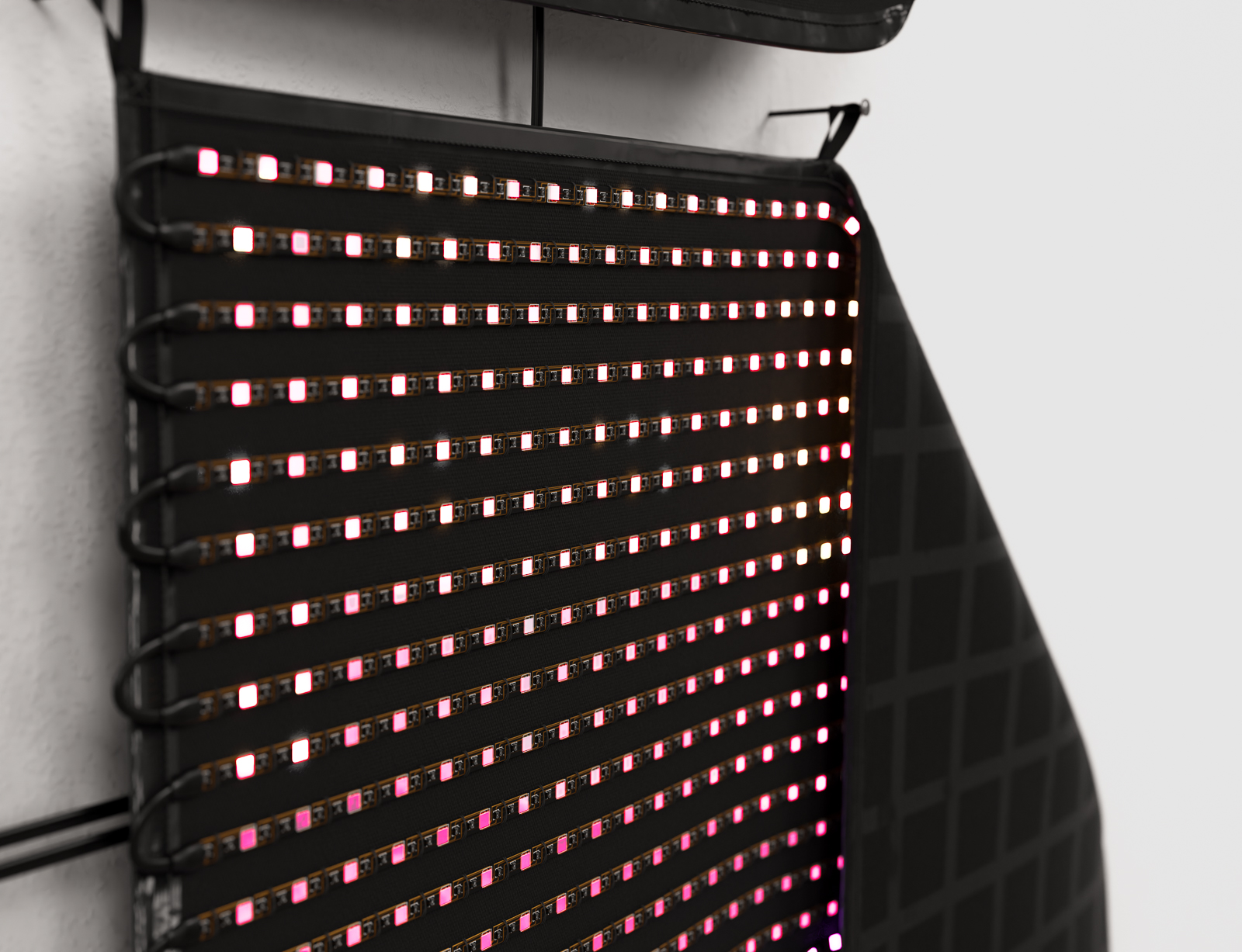 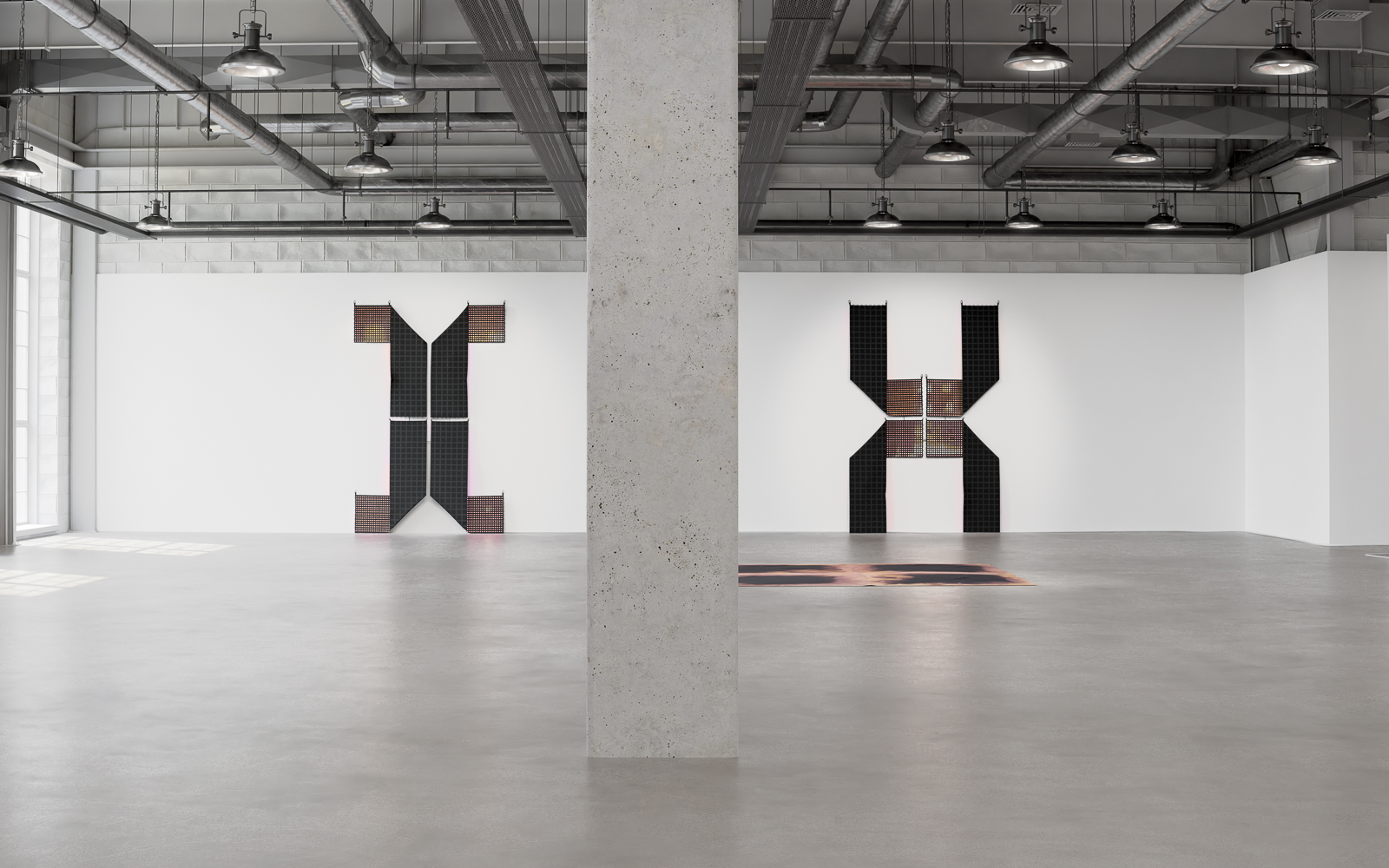 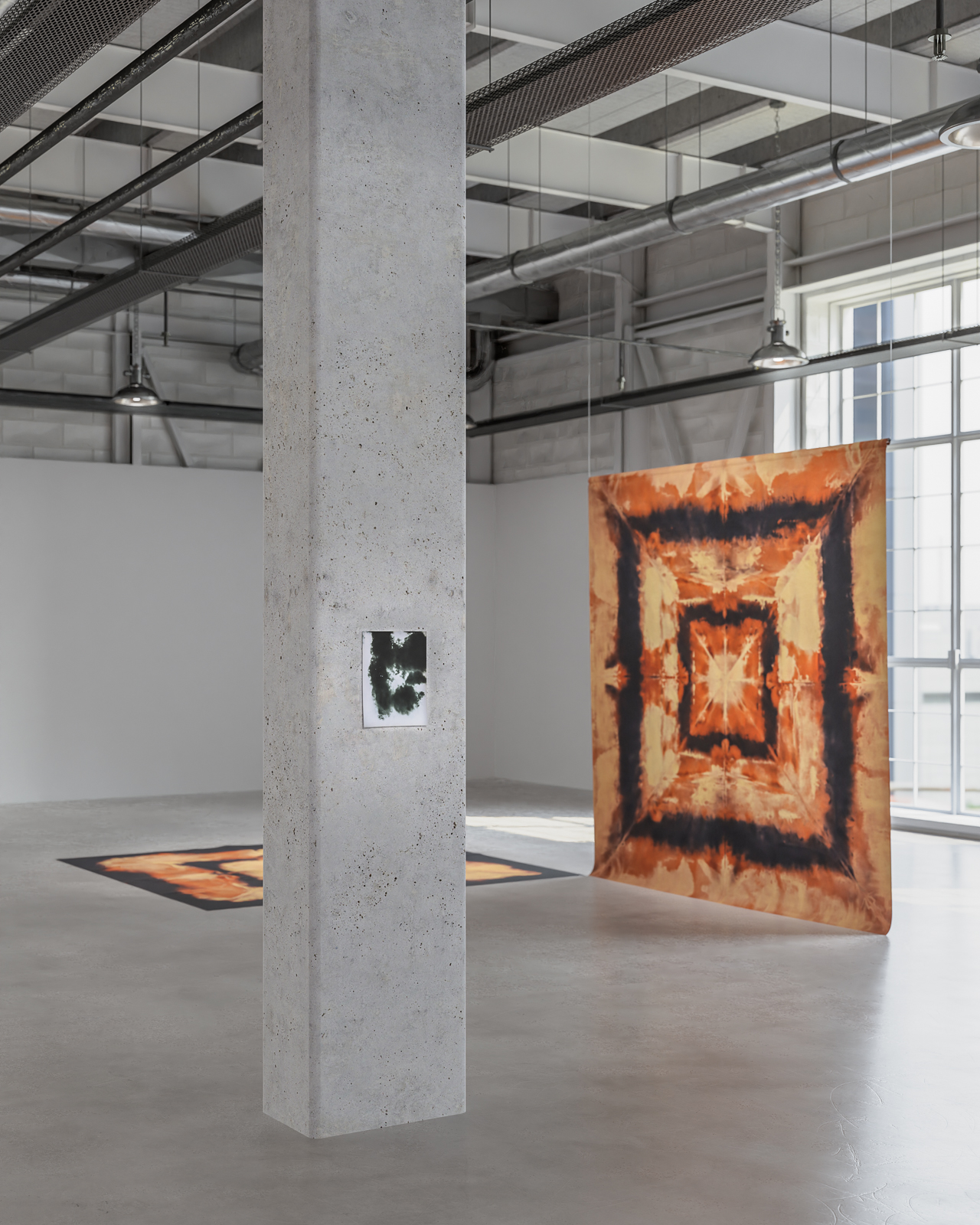 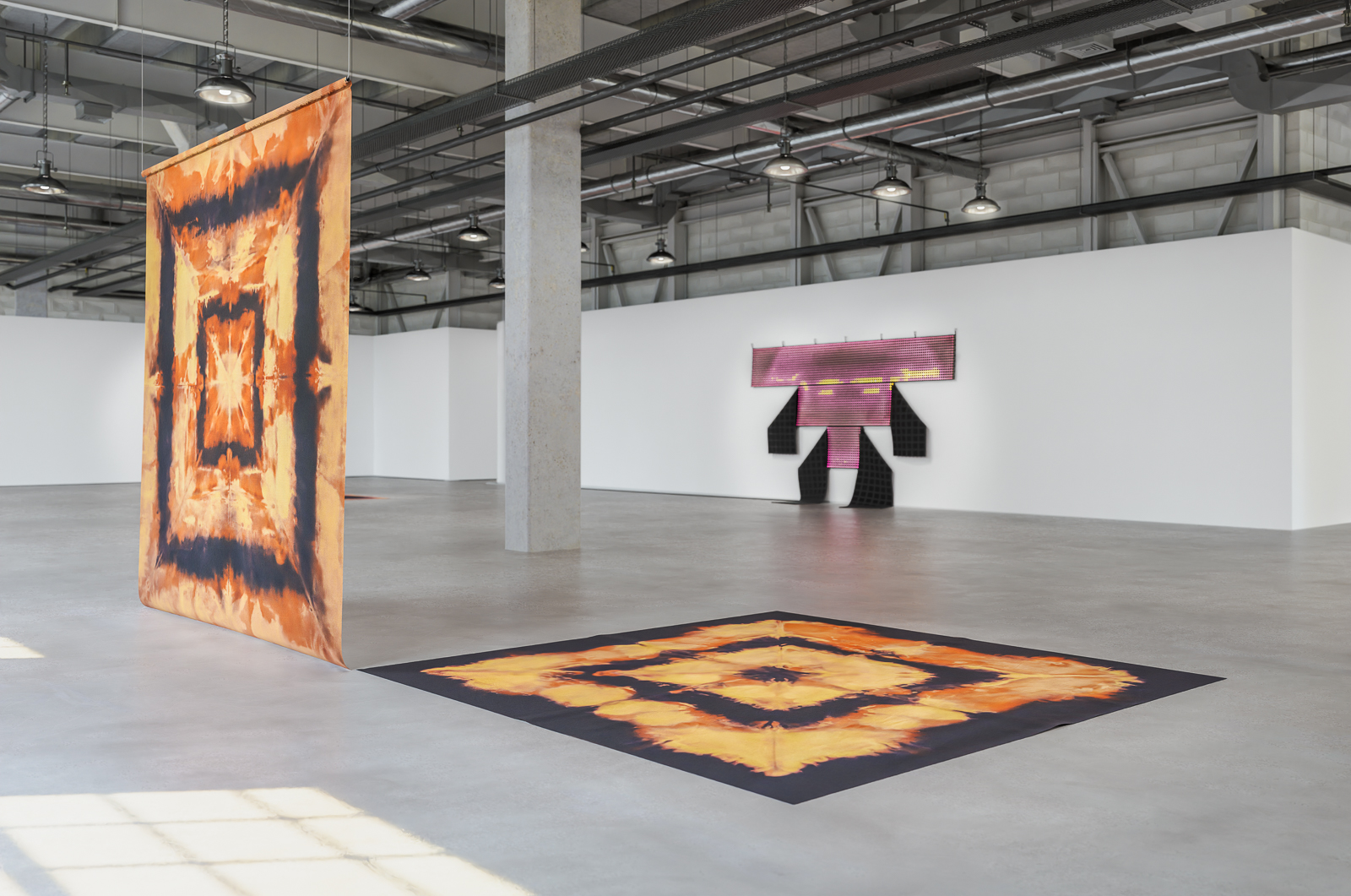 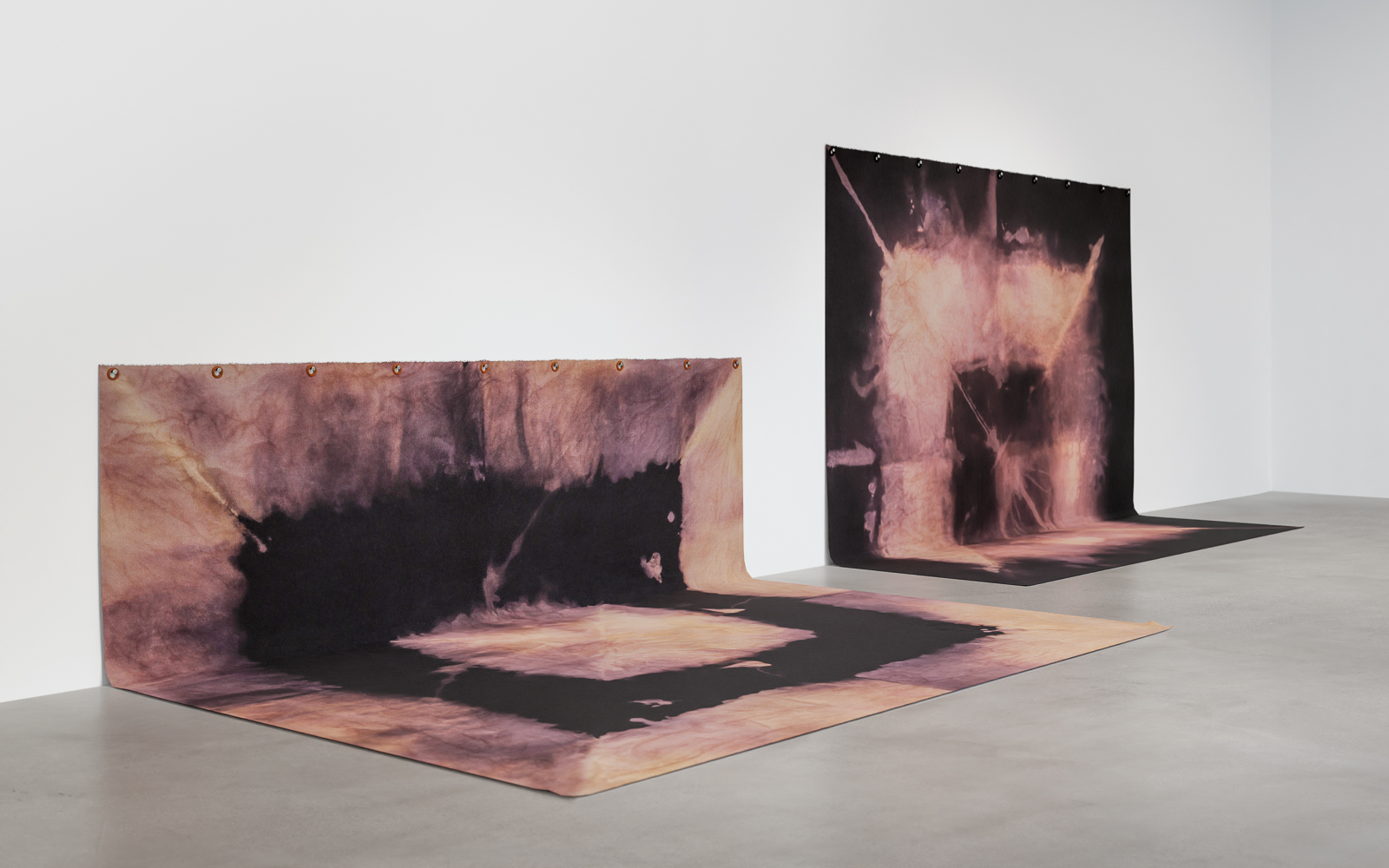 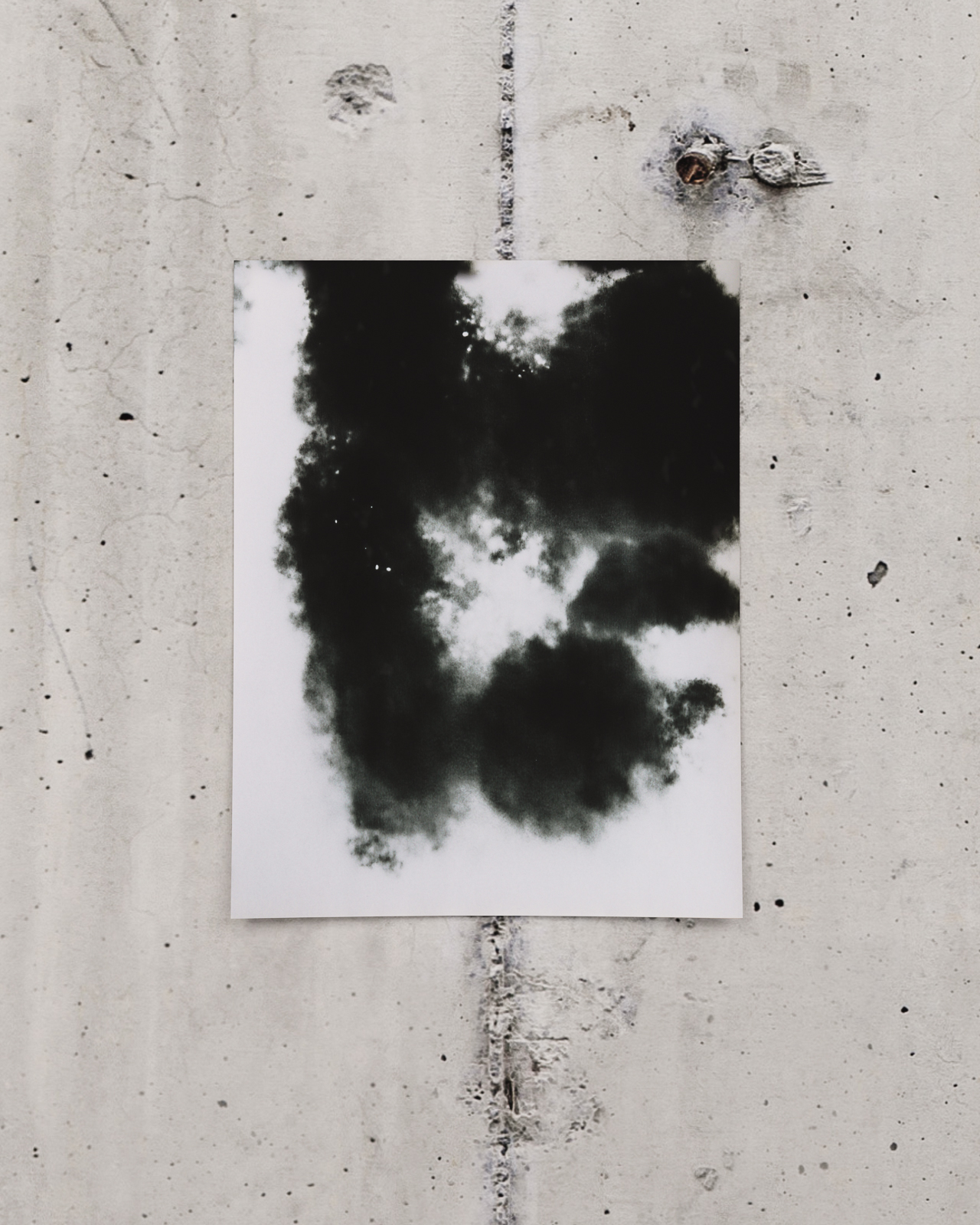 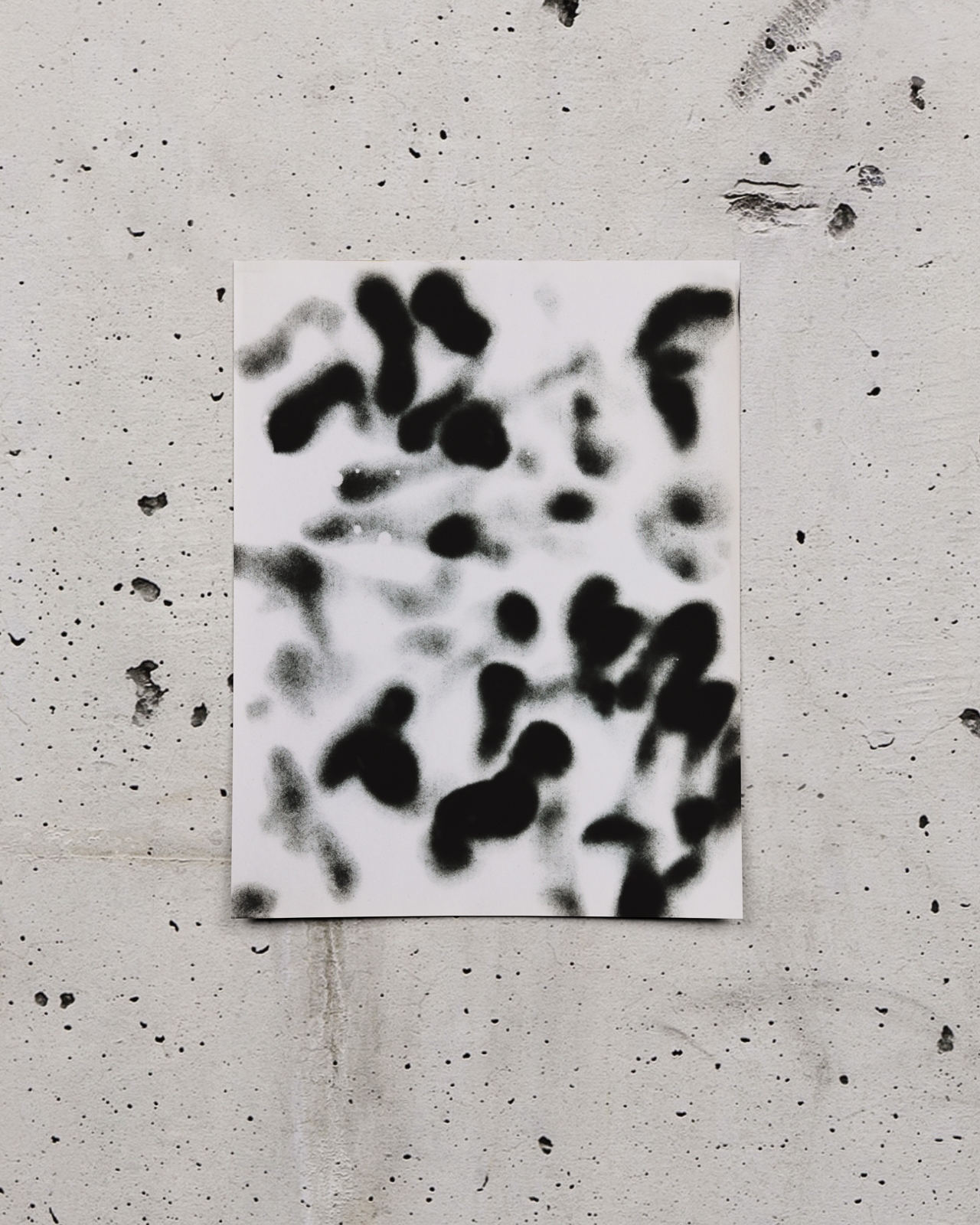 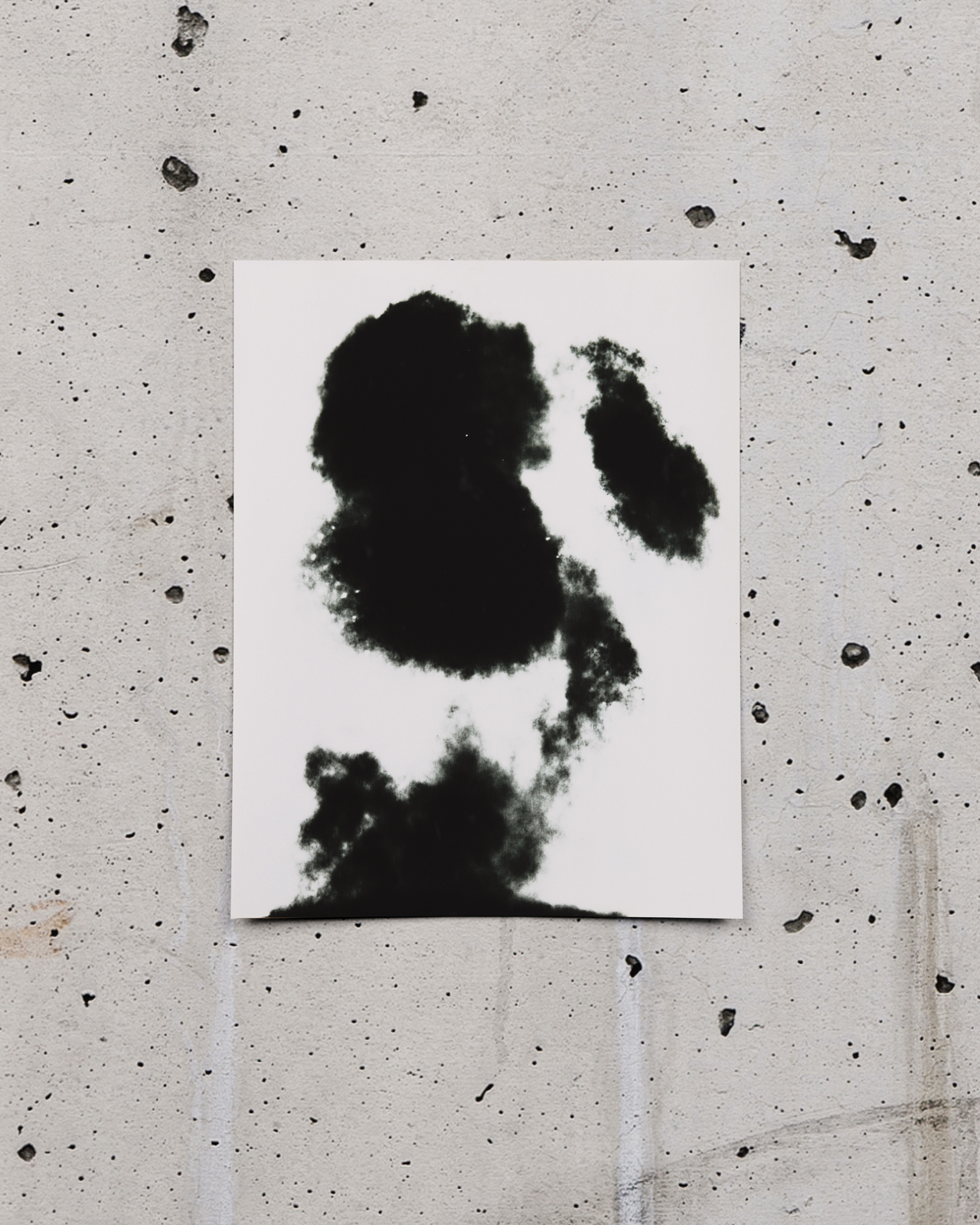 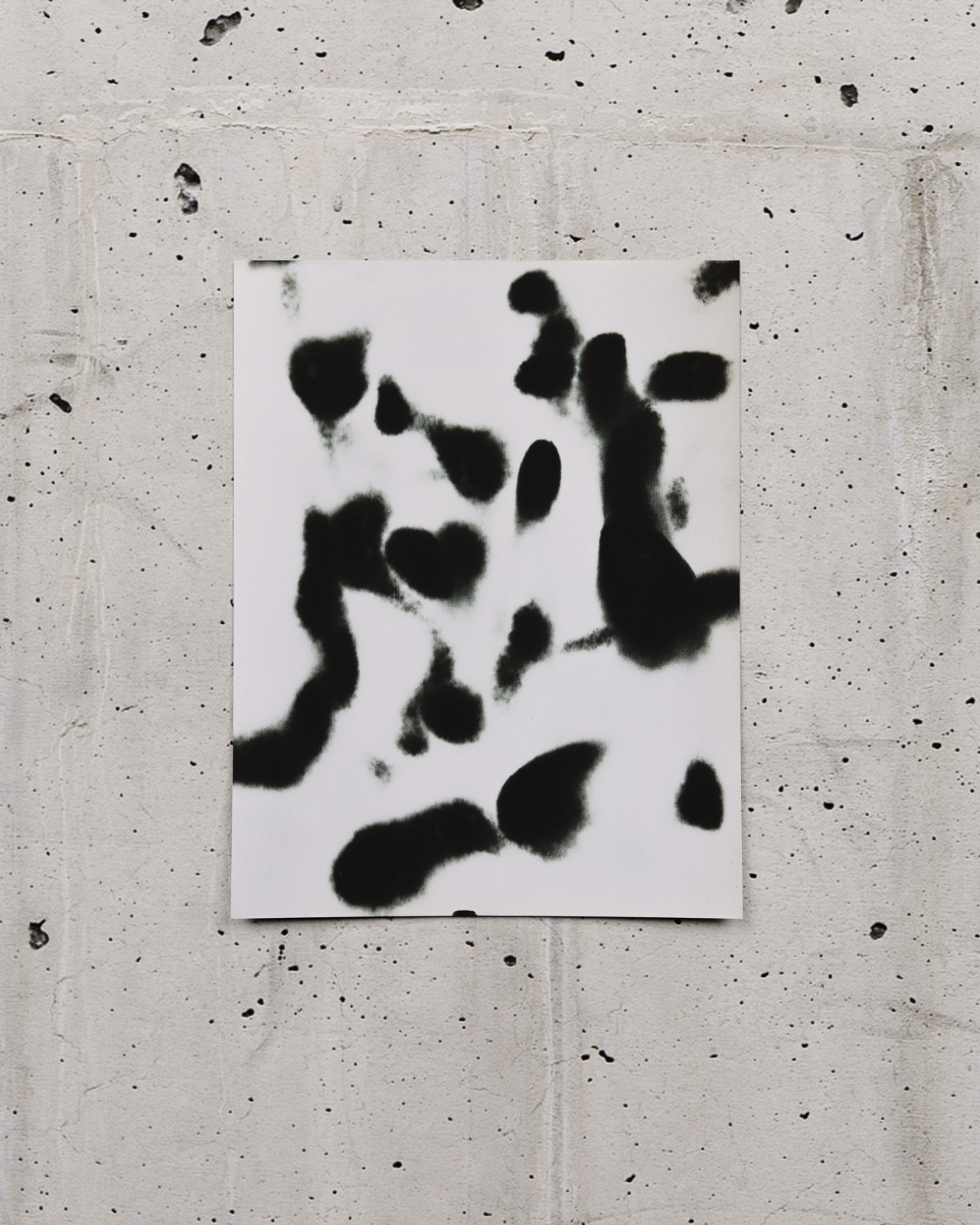 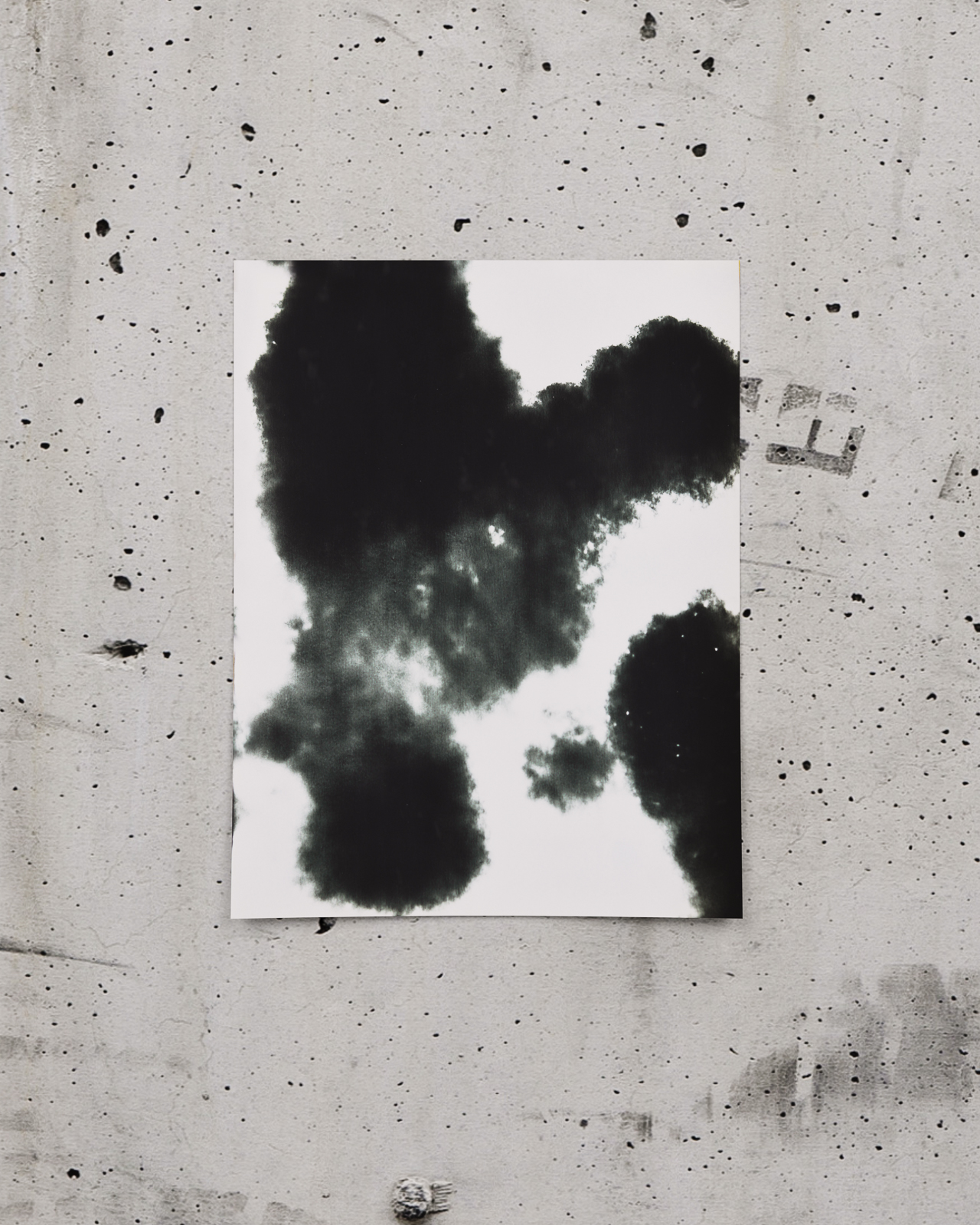 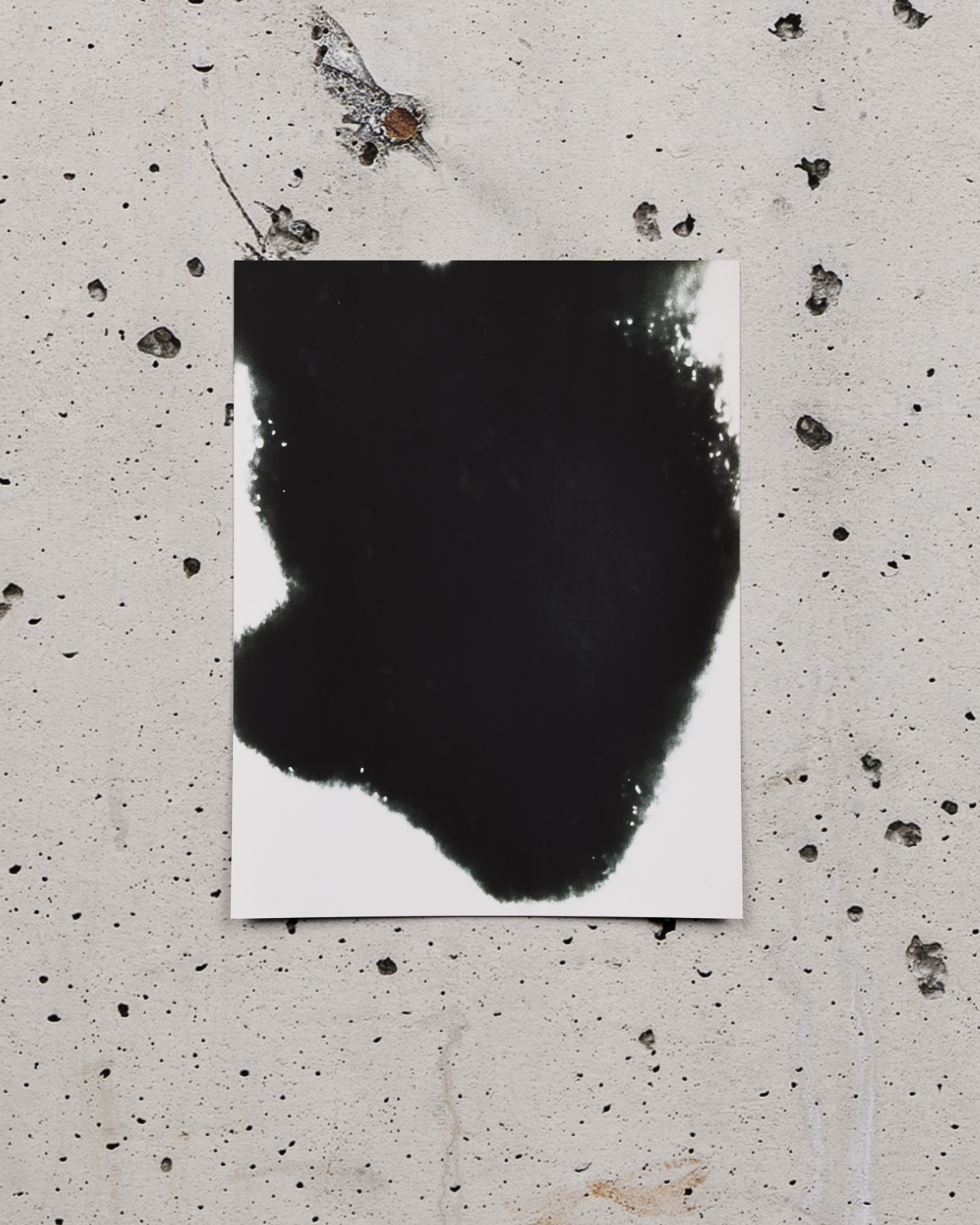