You have made your way from worm to man, and much in you is still worm.
–Nietzsche, Thus Spoke Zarathustra (Prologue)

The light we see from the sun is from 8 minutes ago. Light is the result of antimatter produced in the heart of the sun, and its annihilation. We will never be able to see the edges of the universe, as they are fourteen billion years away. All of these cosmic musings are mediated knowledge, not gleaned from direct human experience.

How to make something approaching sacred paintings today, and why would someone want to bother? Intuition pointed to ancient emblems and alchemical illustrations. The hand-of-God motif is a stand-in for the human hand, playing God. Building apparatuses devised to extract the hidden potentialities at the seat of matter. Under the sign of stockpiling capital, devouring humans drove the sacred away. What direction might we want to go in light of looming extinction?

The matter we see around us is what is left over from billions of years of creation-annihilation, energy passed between fermion and boson, and other elemental and energy states known and unknown. Matter is congealed energy. When matter first formed, it left a negative imprint – antimatter. When matter and antimatter collide, they release exorbitant energy. There is very little antimatter accessible to humans as things stand, most of it having been used up, leaving behind stray matter. How to wrap one’s head around such physical concepts? Begin with a void, proceed blindly, with little understanding of where things will go, figure out a transformative process in reaction to materials, let things accrete slowly, witness materials assembling, interpenetrating and congealing, such as bitumen and red iron oxide into plastic. 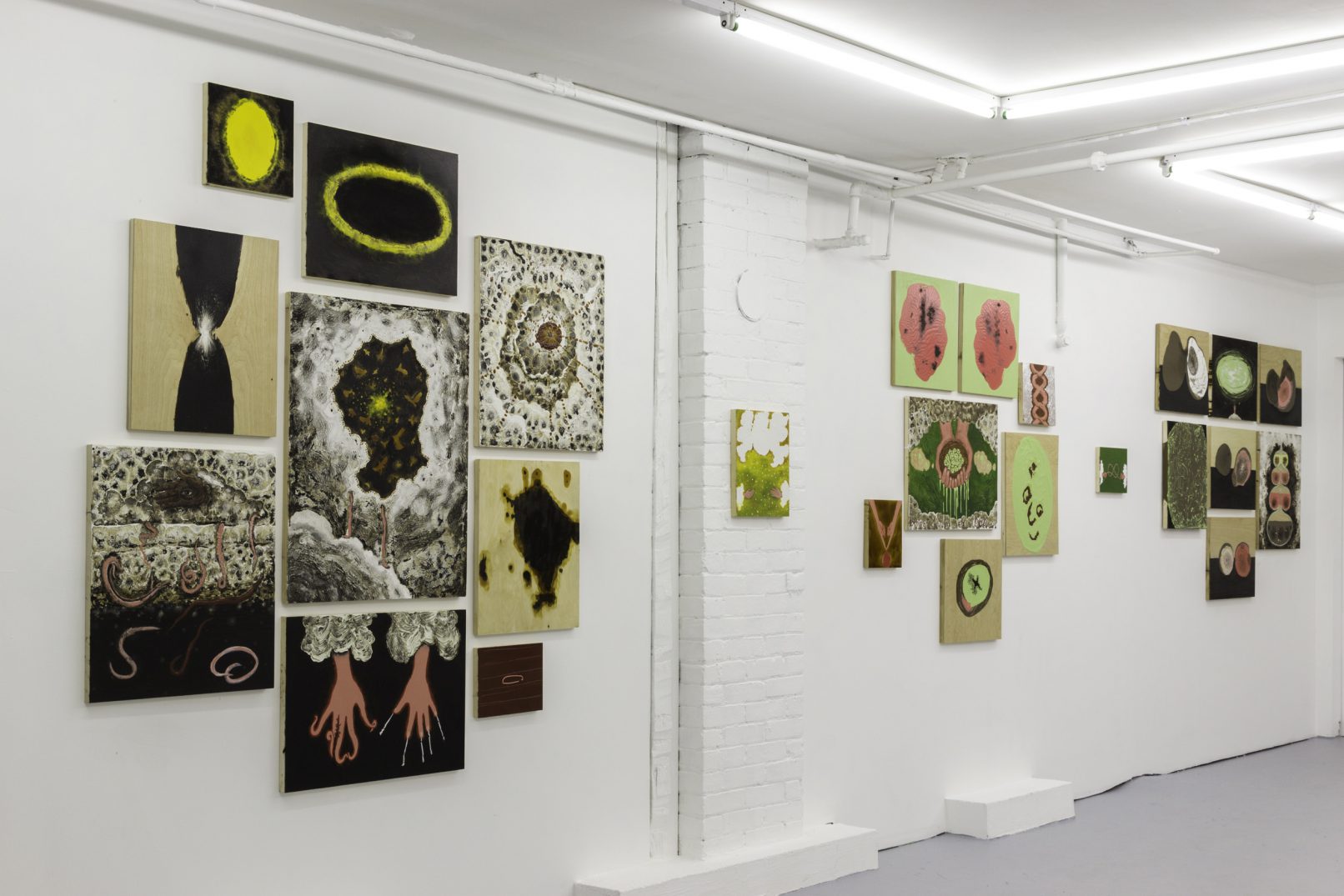 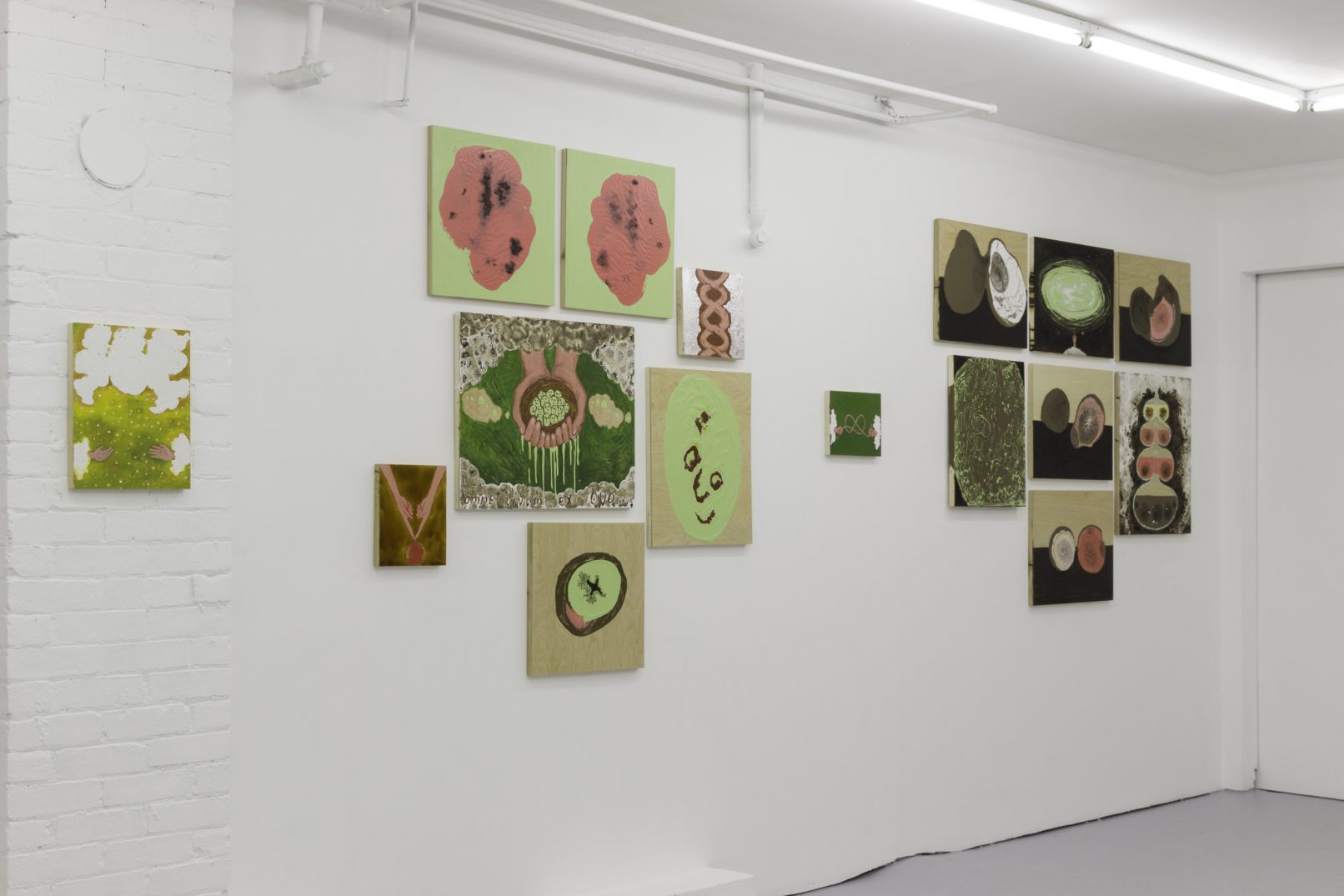 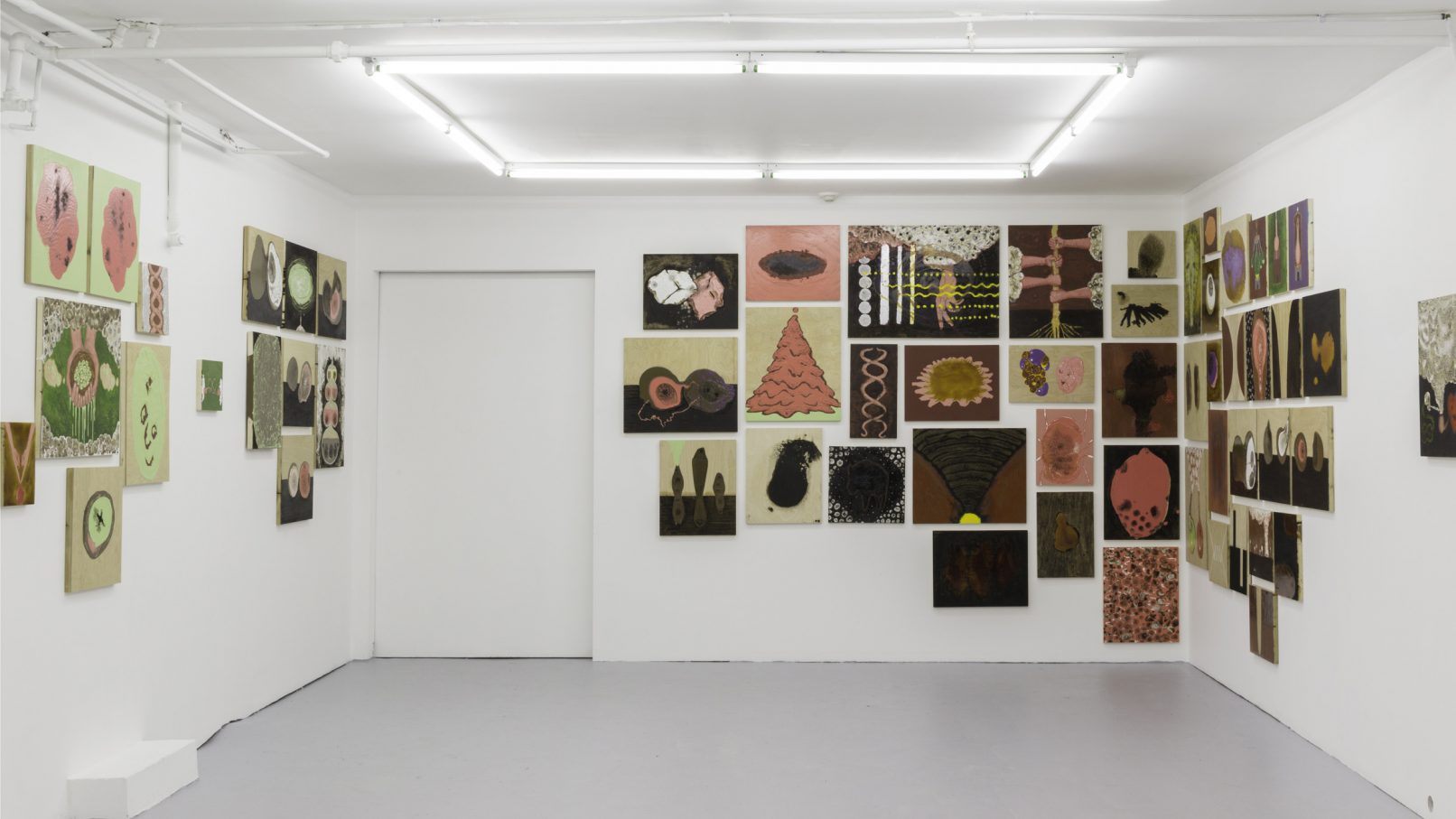 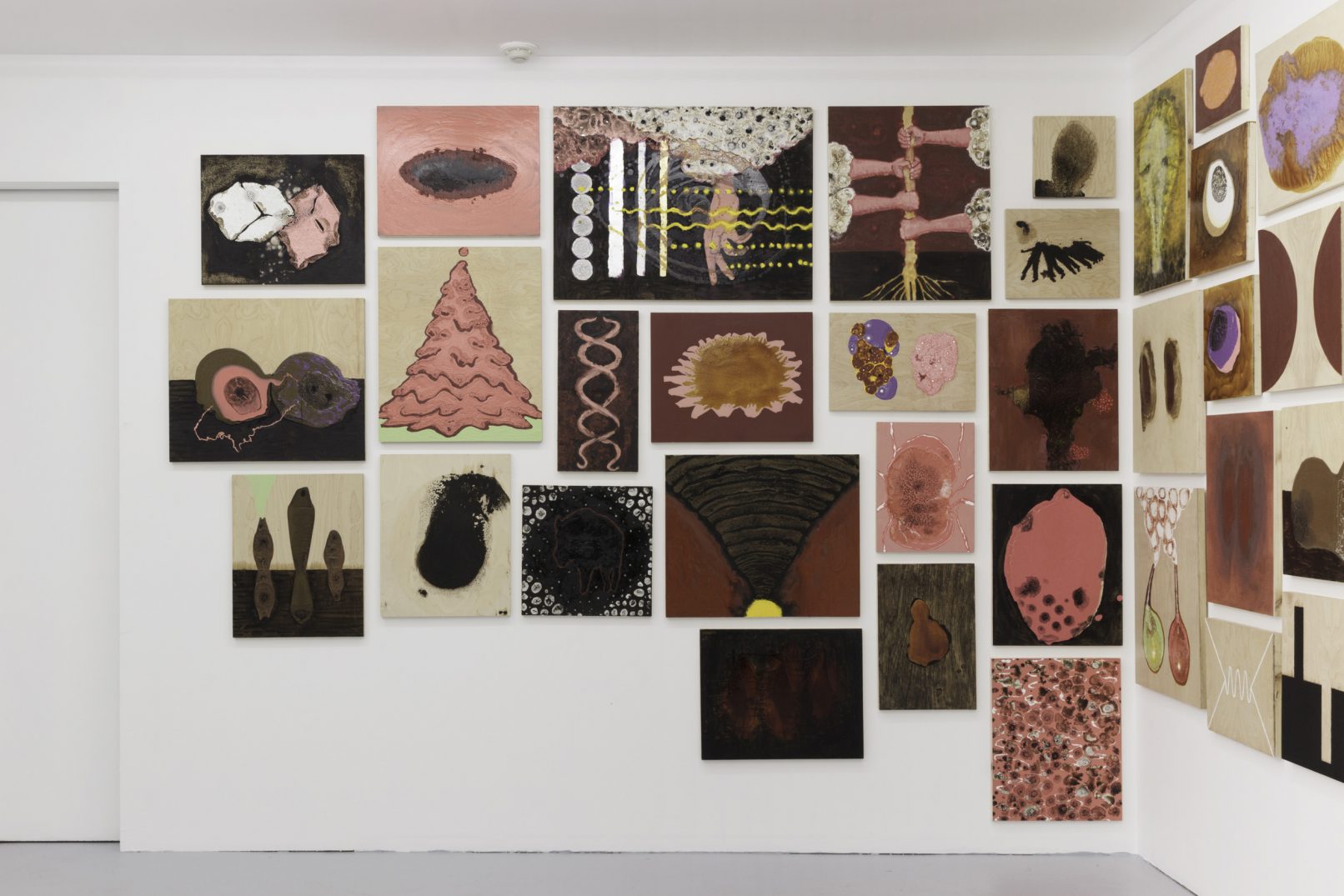 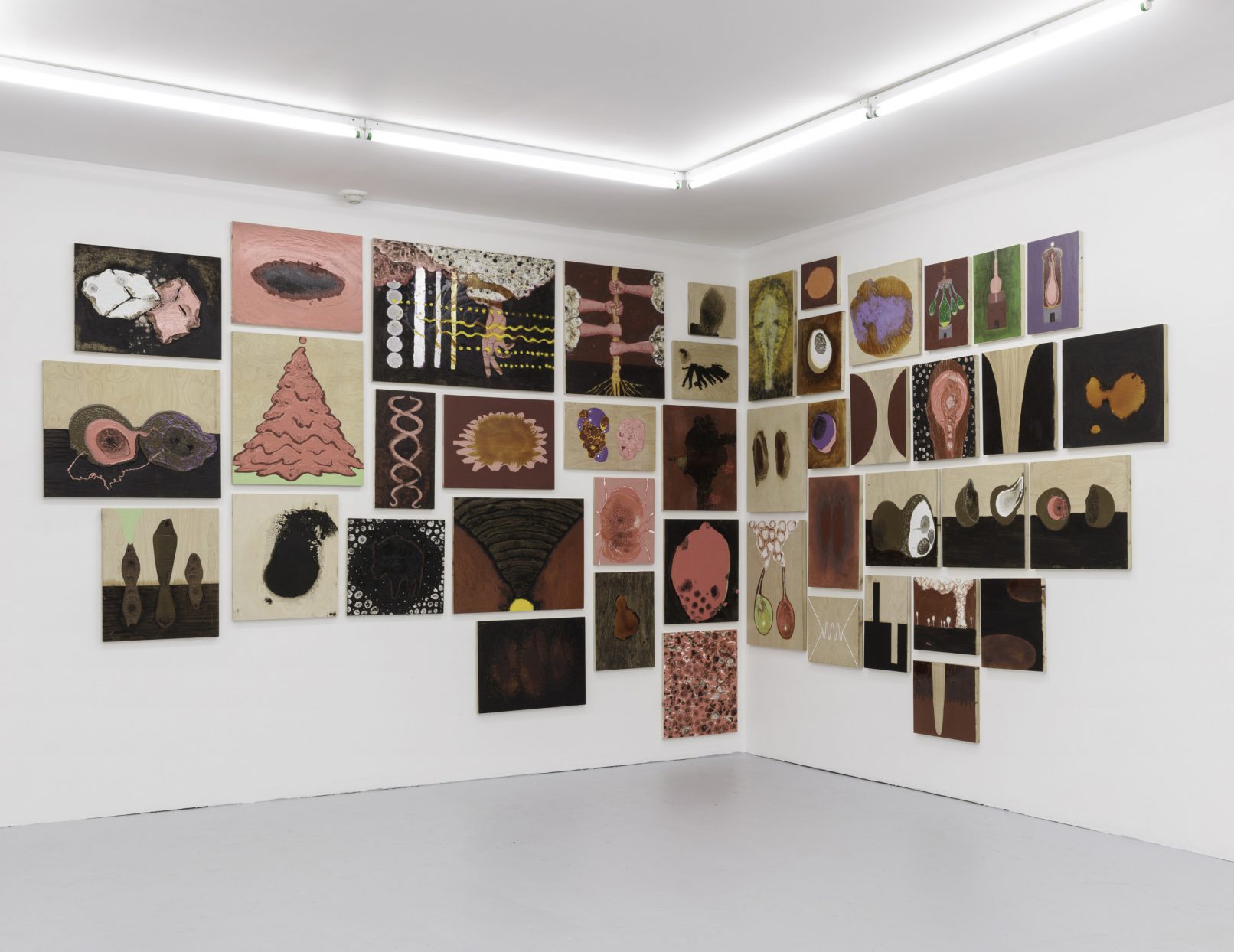 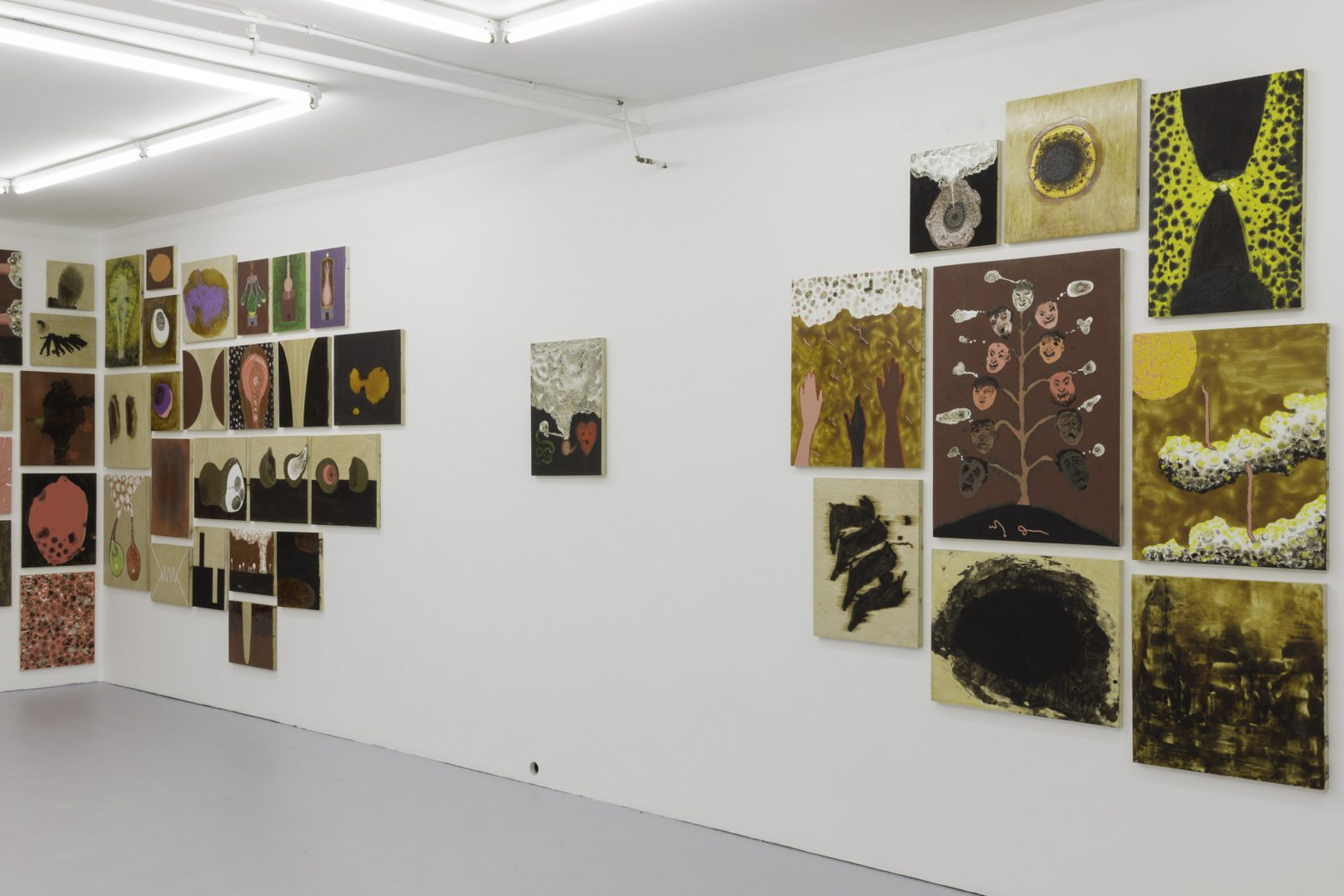 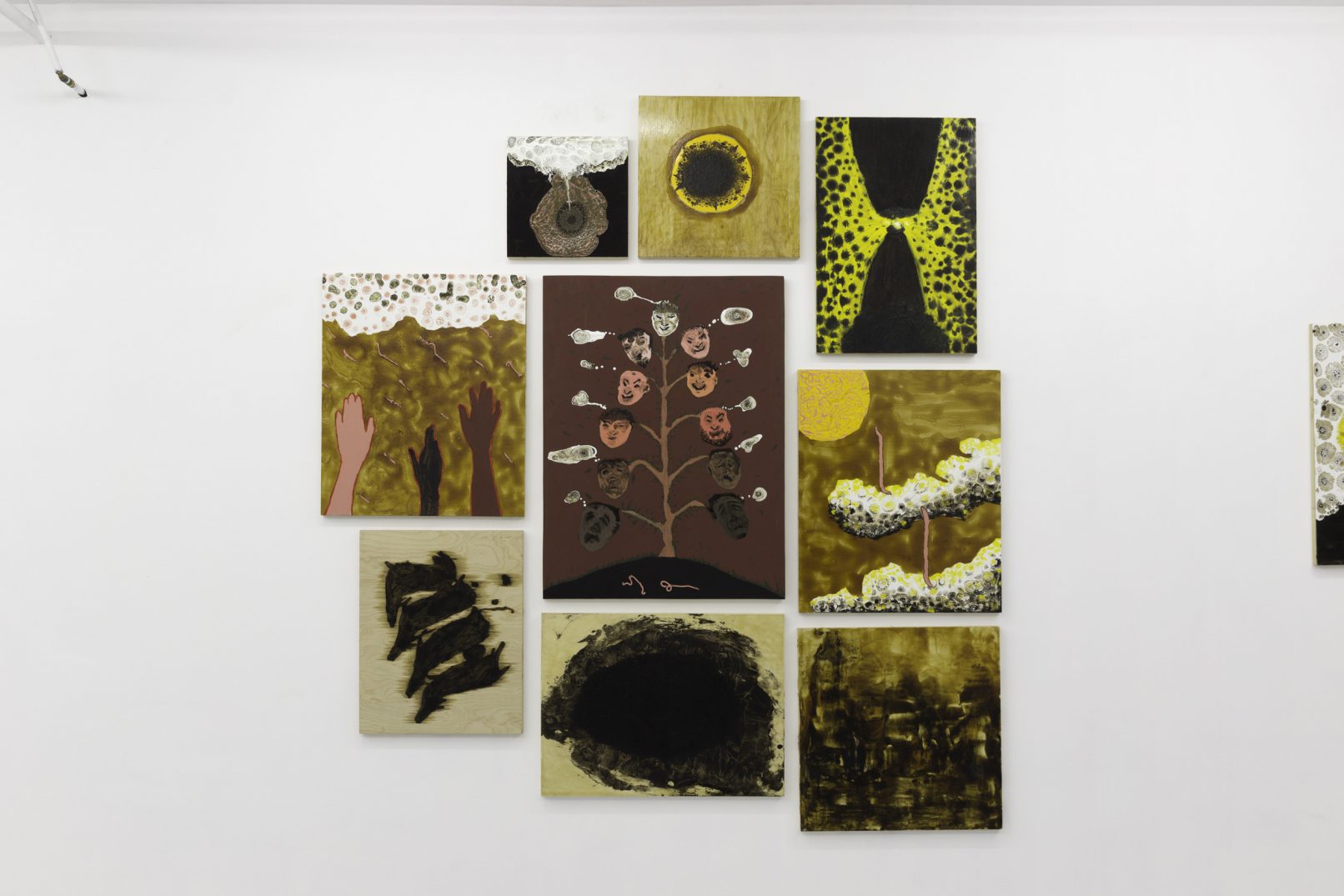 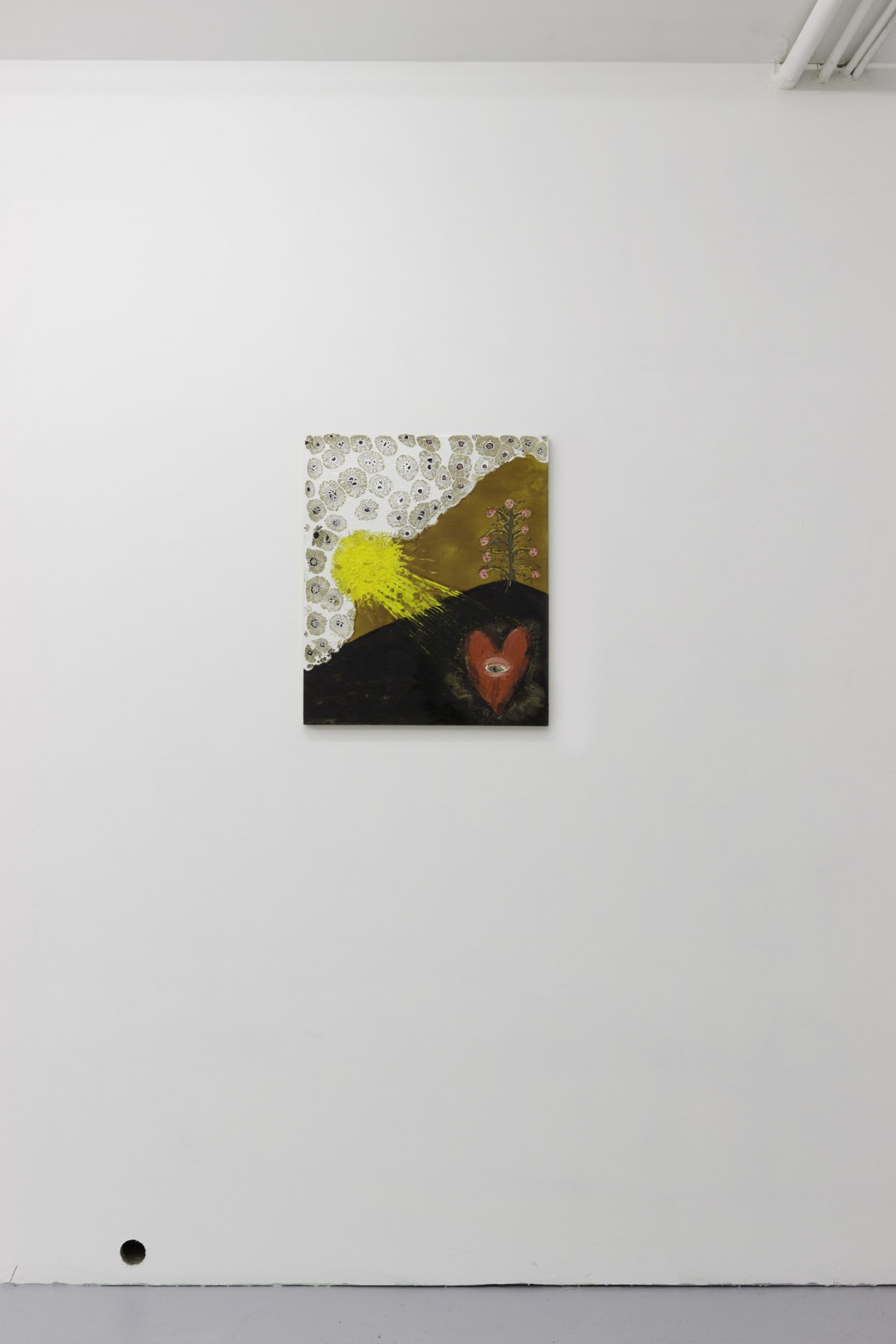 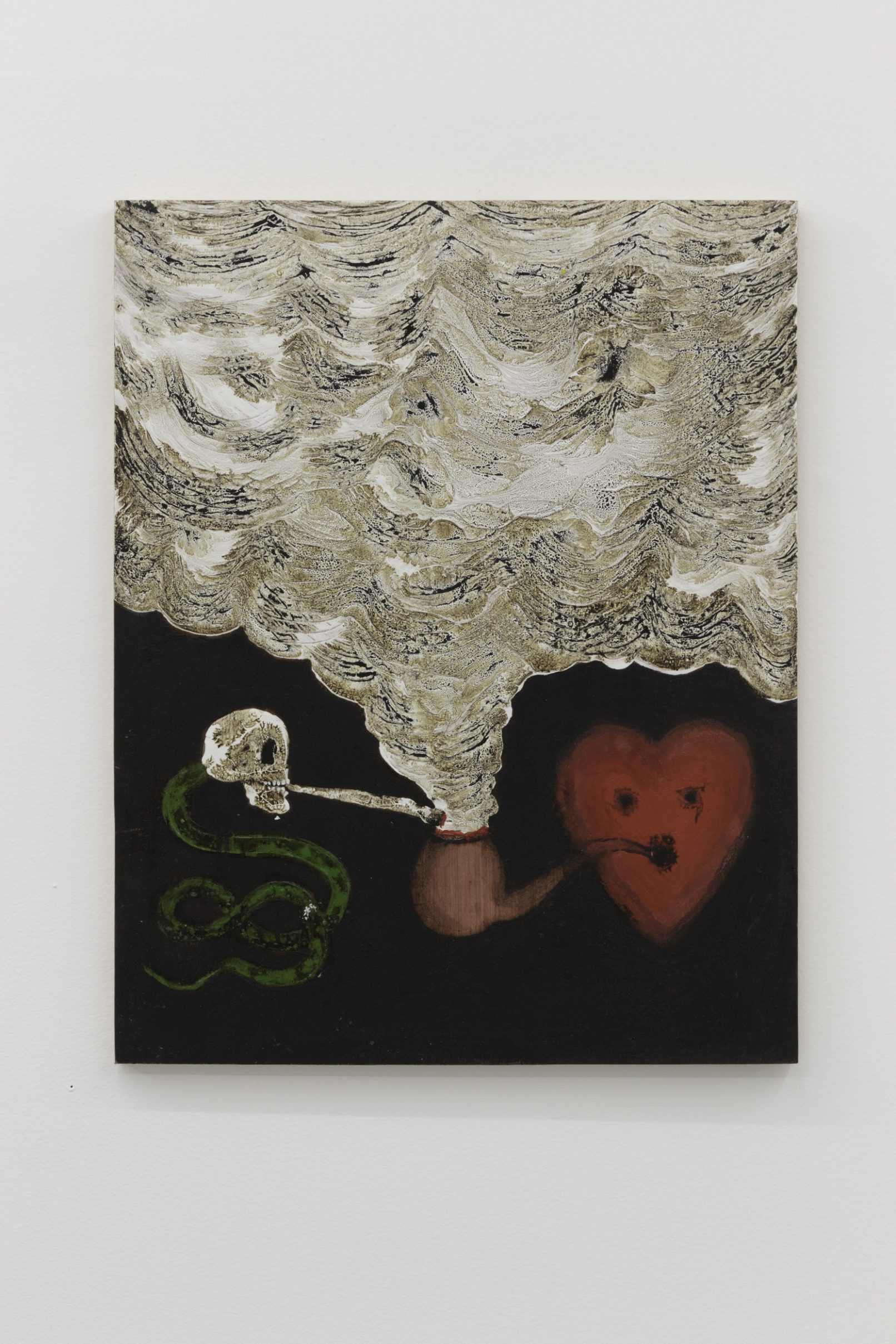 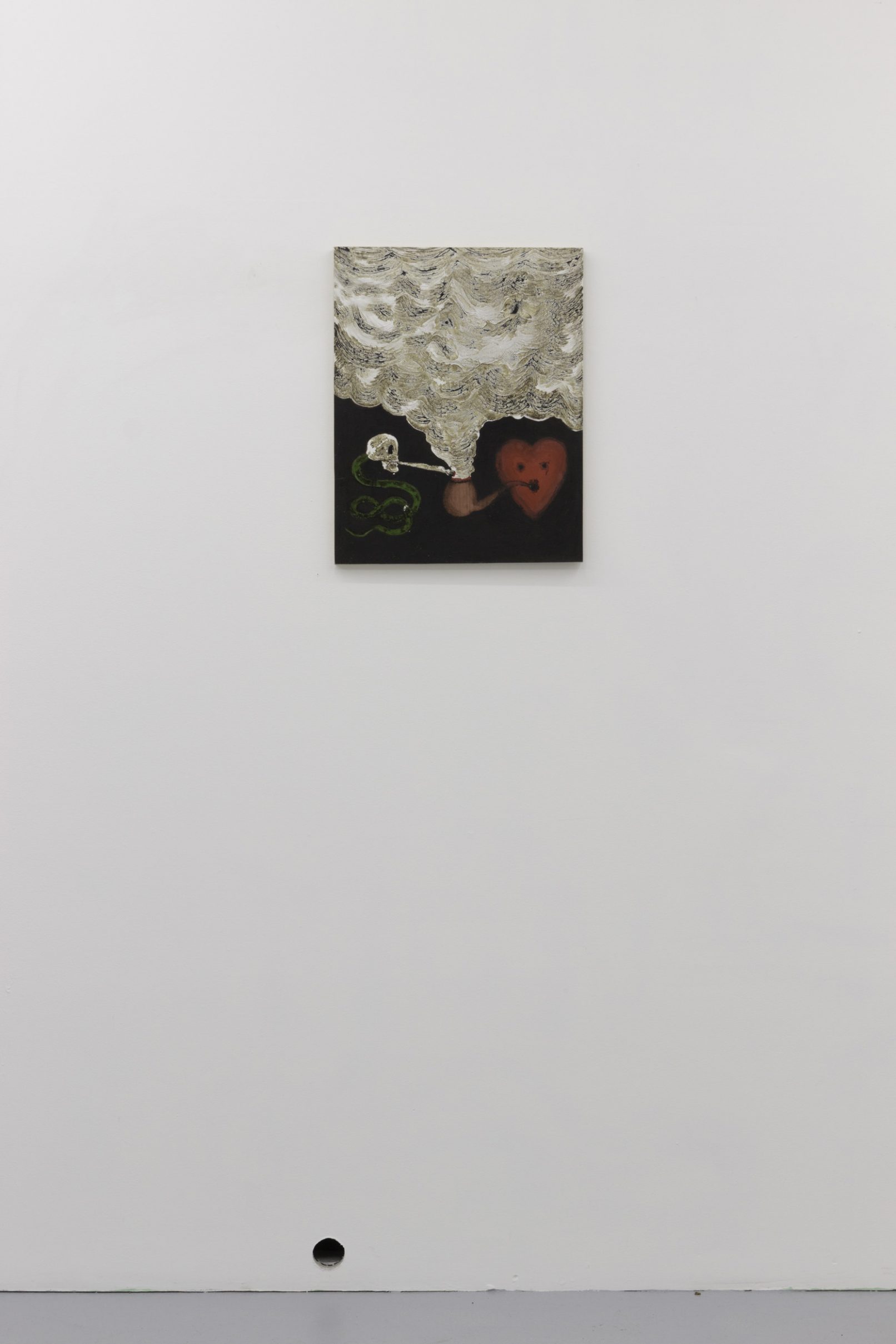 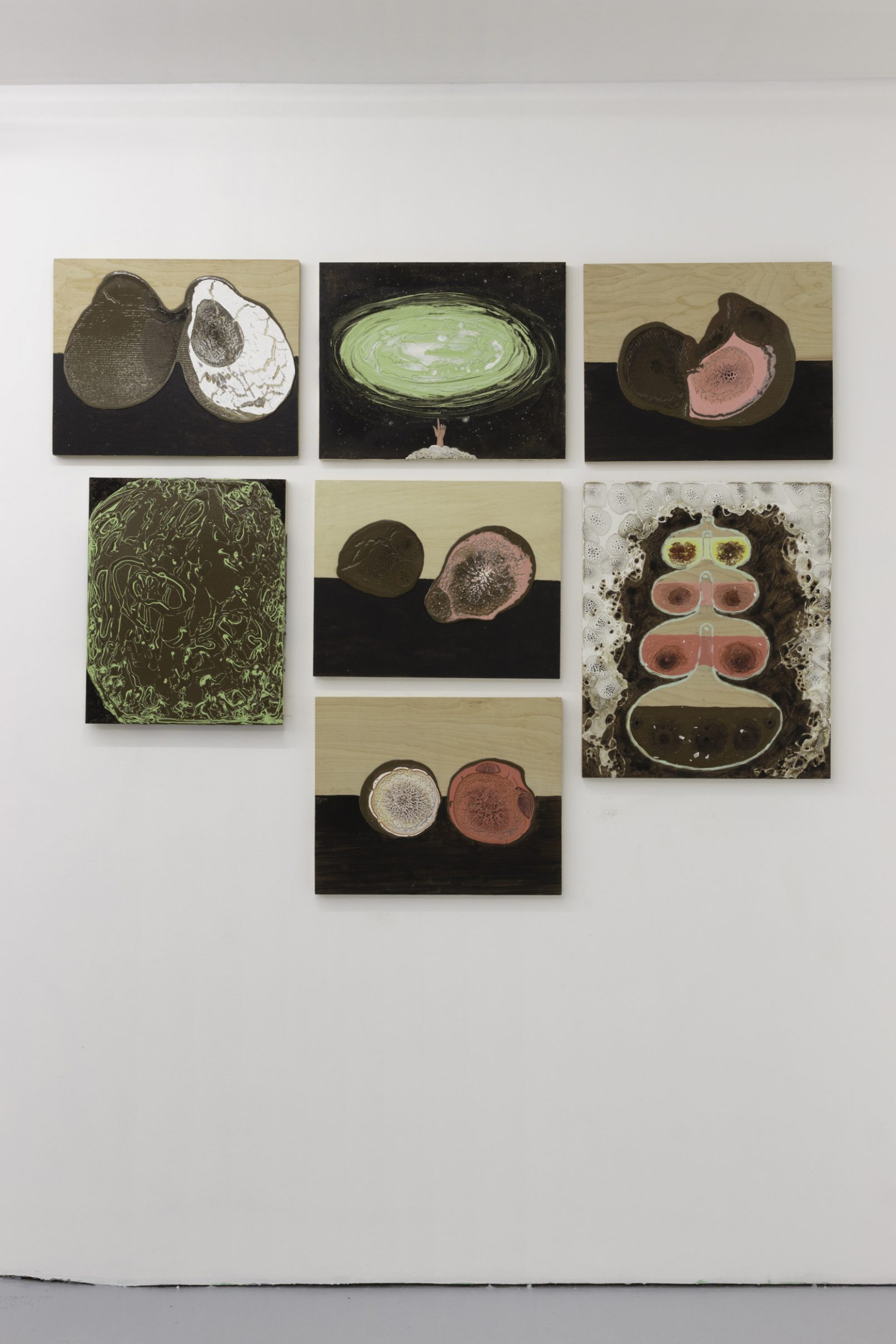 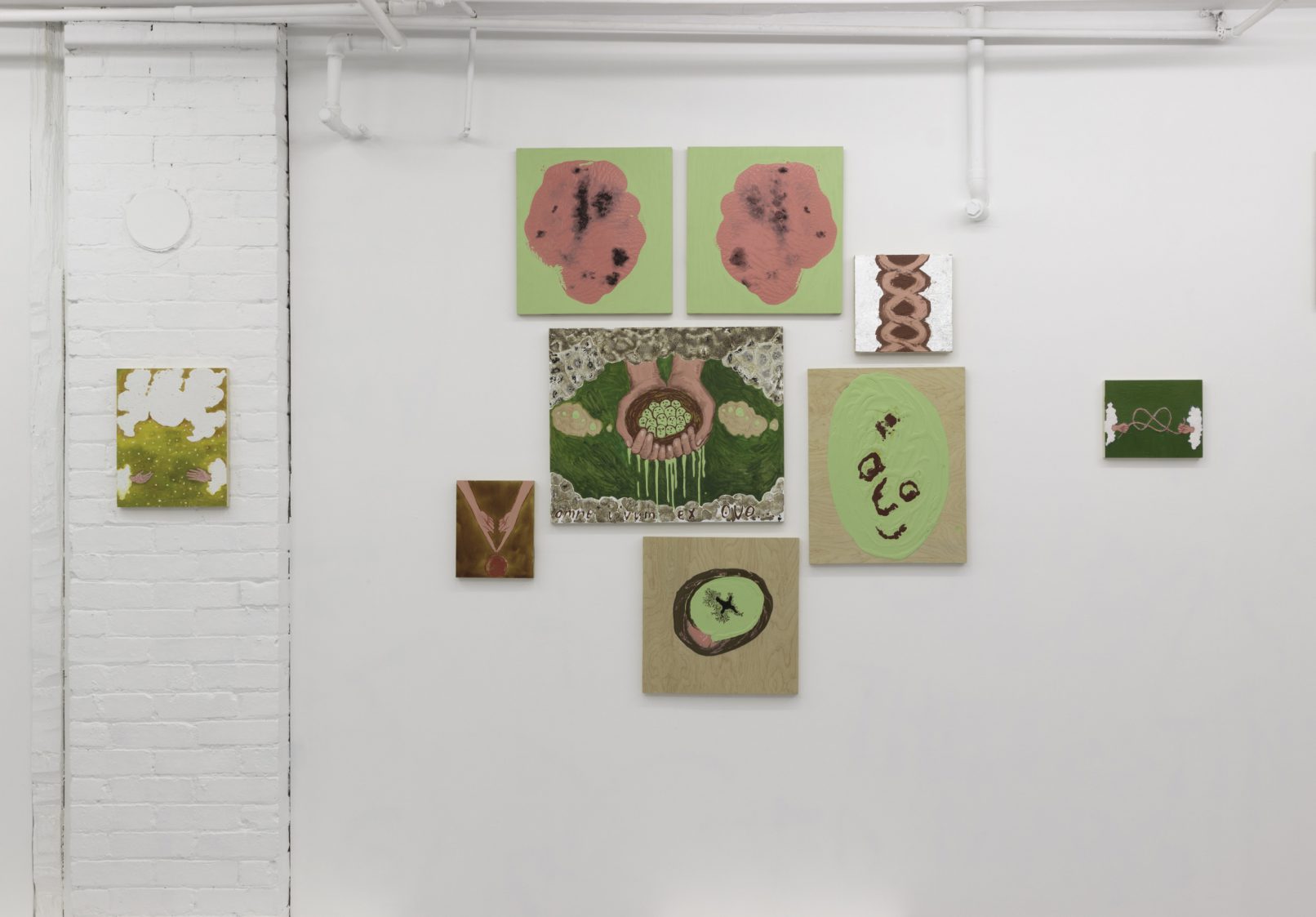 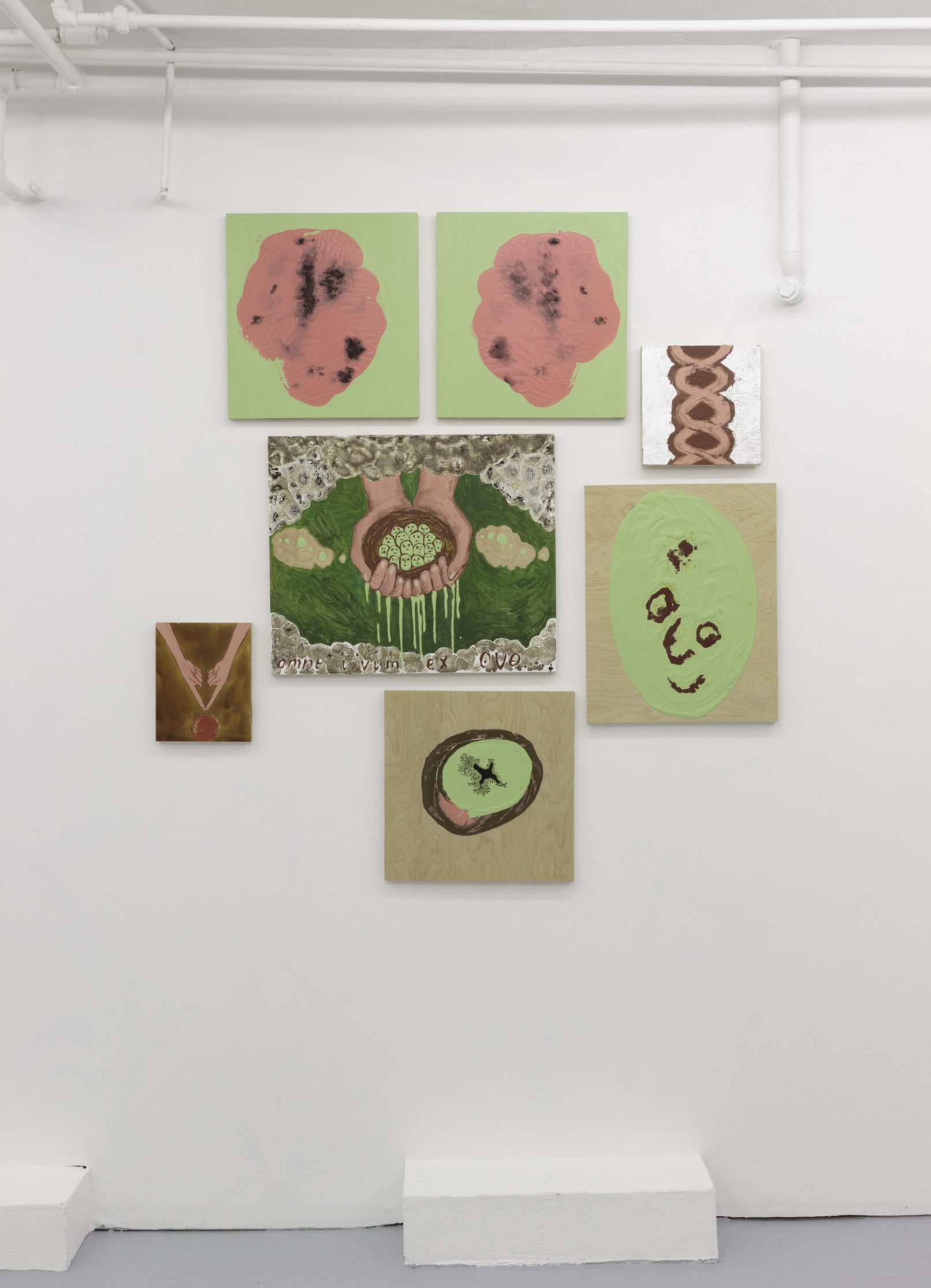 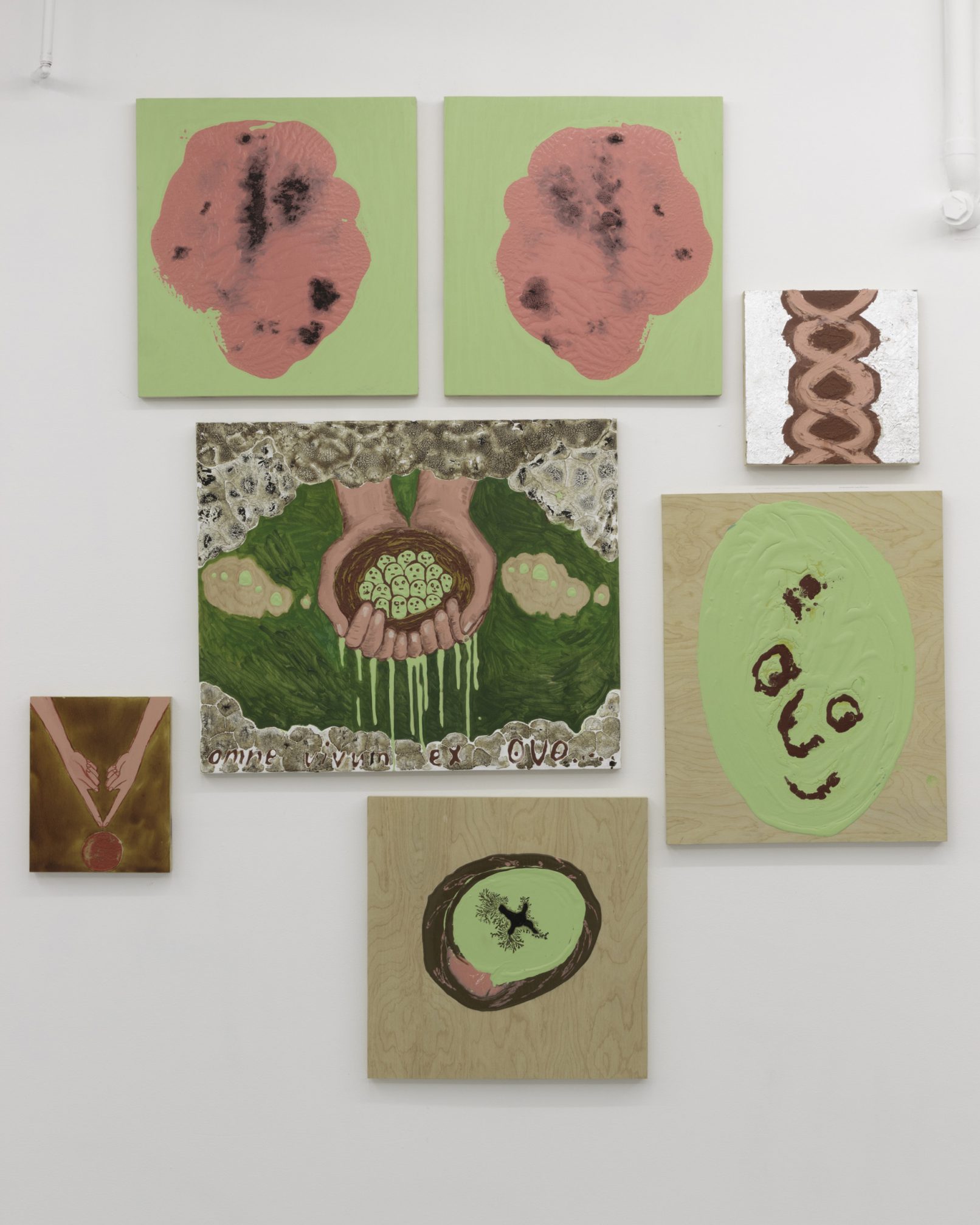 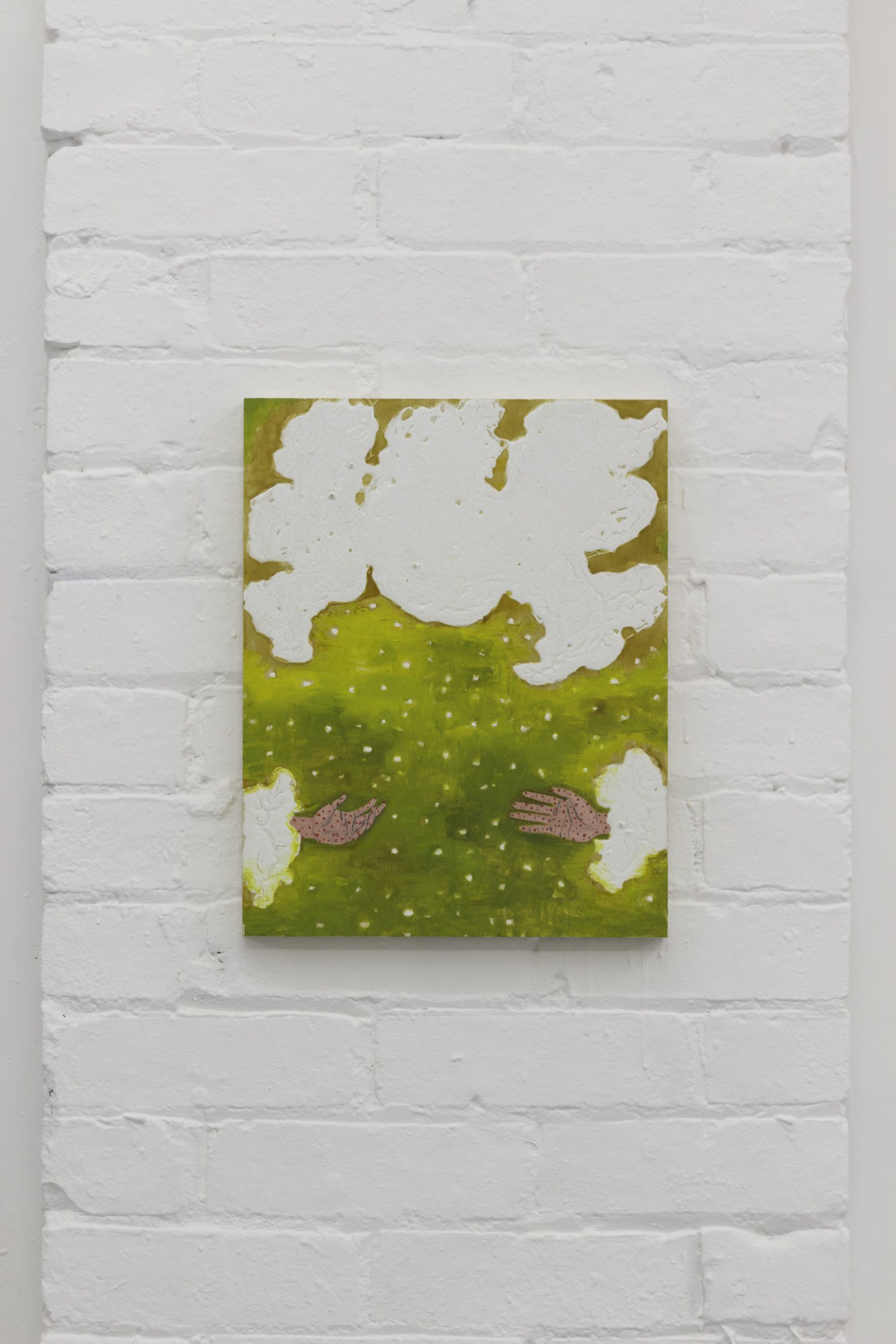 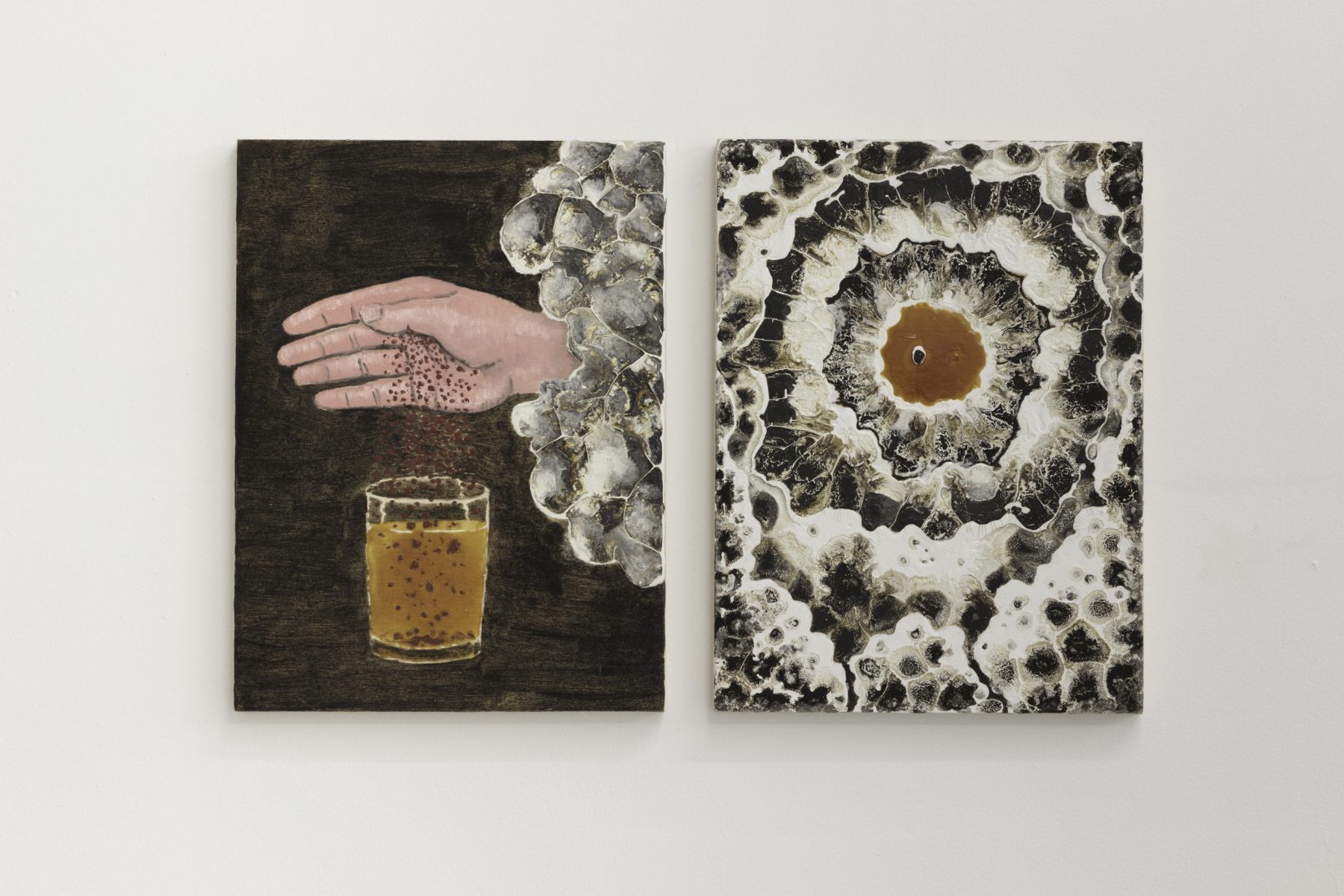 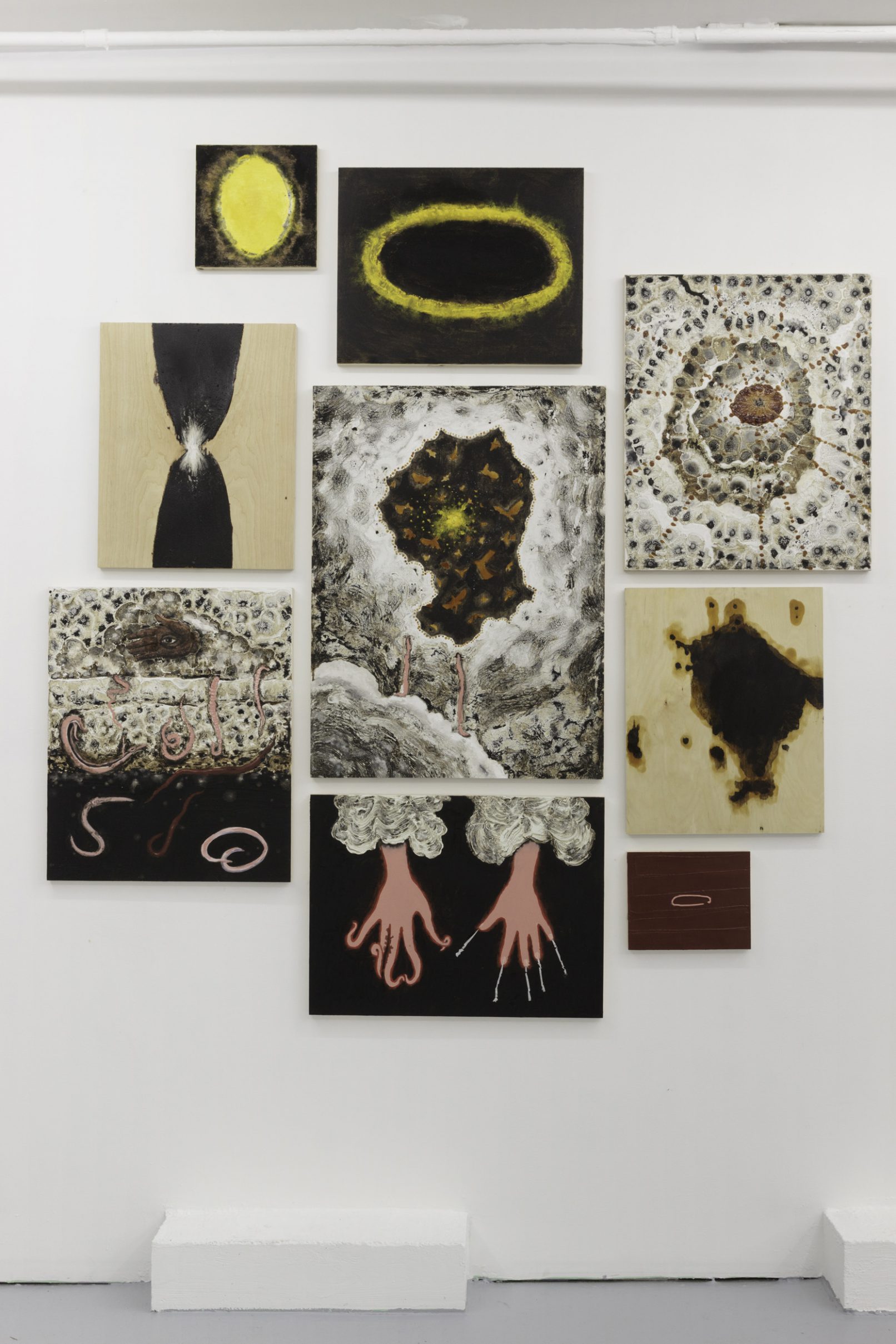 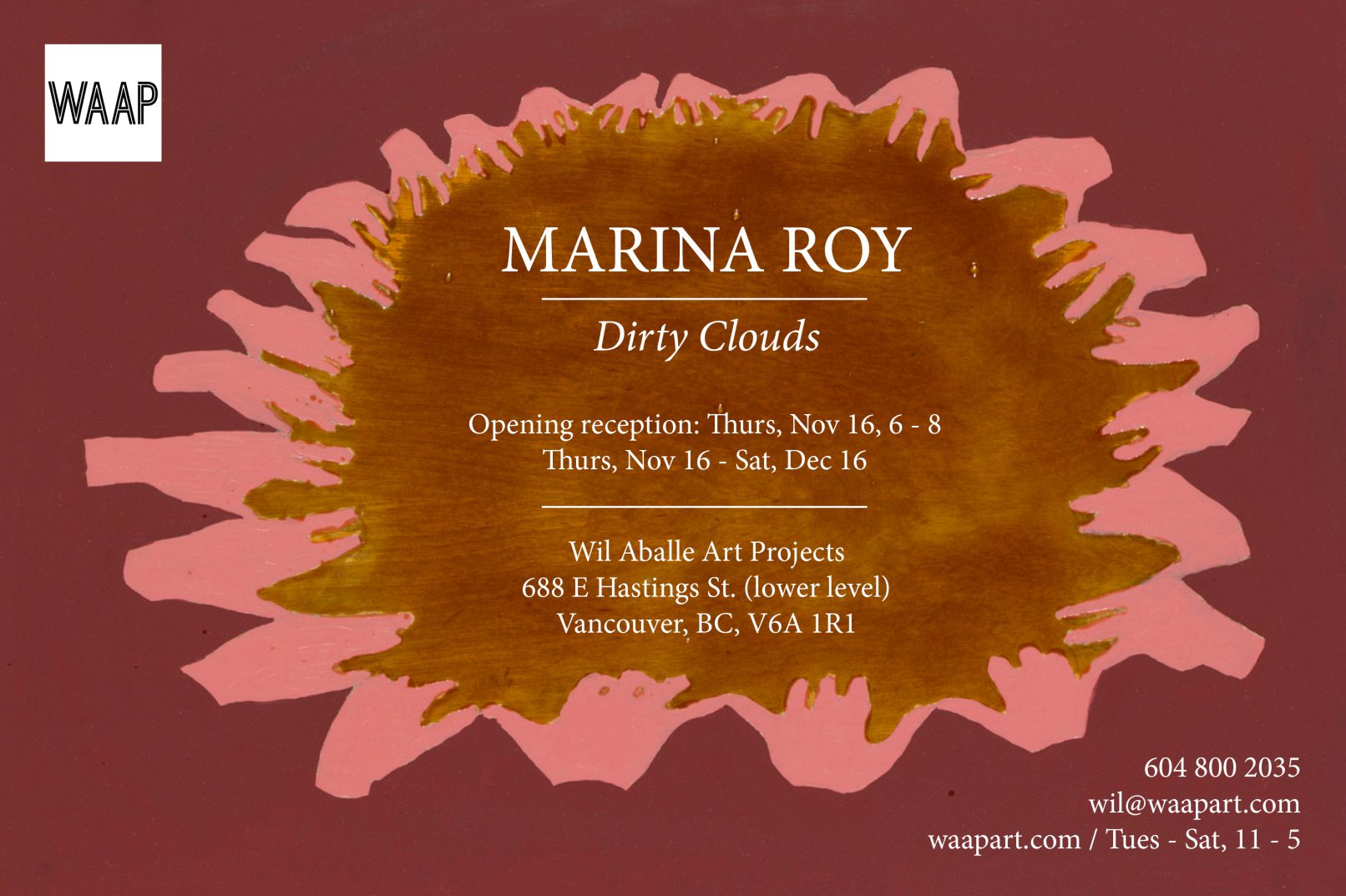