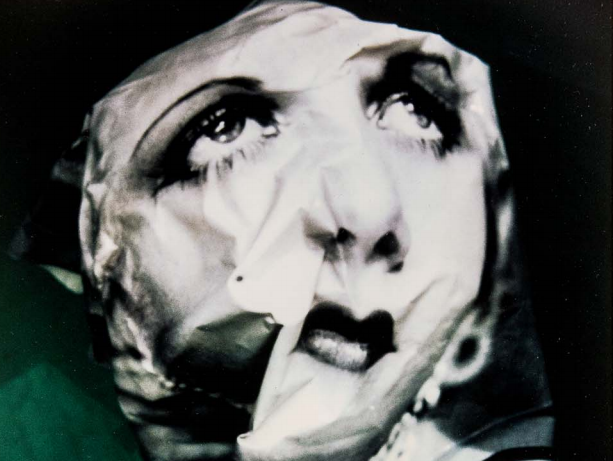 Hollywood/Babylon: Jean Harlow, by Michael Morris, once known as Marcel Dot, is a series of eight photographs of a poster of Jean Harlow— the first “platinum blonde” in Hollywood history—floating in a swimming pool in Los Angeles at a party that Morris attended in 1965. Morris shot the original images on colour slide film; thirteen years later, in 1978, he printed the images as Cibachrome prints, a polyester-based printing method that preserves colour longer than other photographic print processes. Around 1980, Morris put the prints into storage; the slides were lost. More than thirty years later, in 2013, the prints were found in Morris’s storage boxes by Wil Aballe, a Vancouver curator and art collector, and then framed and exhibited as Hollywood/Babylon at the Burrard Arts Foundation Studio in the spring of 2014.

The term platinum blonde was coined for Jean Harlow by the publicity team of Howard Hughes, Harlow’s first director. Harlow’s hair was made platinum using bleach and ammonia—a combination that can produce lethal fumes. Jean Harlow starred in more than thirty films; she died of kidney failure in 1926 at age twenty-six.

Michael Morris is a painter, photographer, video and performance artist and curator. He is the co-founder of Image Bank and the Western Front Society. His work is represented in collections all over the world.